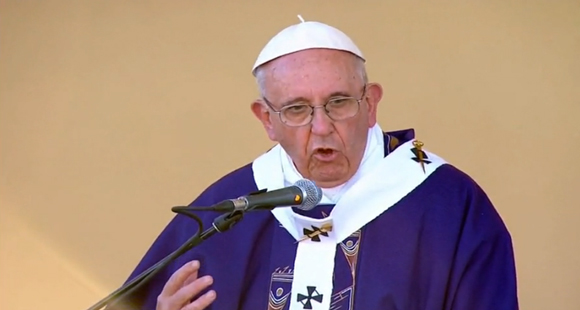 A “human tragedy.” This is how Pope Francis described the migration of thousands of Central American and Mexican children, mothers, and entire families, who in recent years have crossed, and continue to cross, the U.S.-Mexico border fleeing extreme violence.

In front of thousands of people during a mass this Wednesday at Ciudad Juarez, which borders El Paso, Texas, the pontiff recognized the migration of refugees as a “humanitarian crisis” that is happening around the world.

“We cannot deny the humanitarian crisis that in recent years has caused the migration of thousands of people, either by train, roads, or even walking, crossing hundreds of miles through mountains, deserts, and inhospitable paths,” the Pope said. “This human tragedy, which represents the forced migration, is today a global phenomenon.”

Pope Francis described the terrifying circumstances that force our brothers and sisters to flee their country risking their lives and facing unexpected dangers.

“One step, a journey filled of terrible injustices. Enslaved, kidnapped, extorted, many of our brothers and sisters are victims of human trafficking,” the Pope said. “They are expelled because of poverty and violence, drug trafficking and organized crime. As a result of many legal gaps, an extended net traps and destroys always the poorest.” 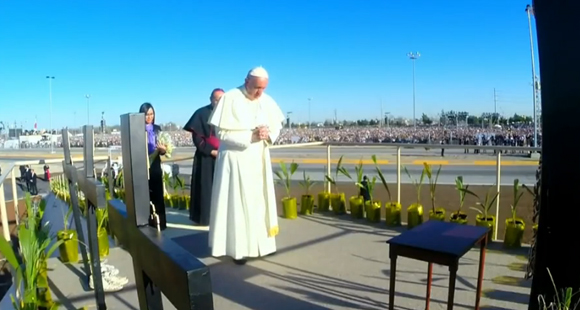 POPE FRANCIS PRAYED IN HONOR TO IMMIGRANTS WHO DIED CROSSING THE BORDER.

Pope Francis’ visit to Ciudad Juarez is considered a historic event, as he was the first Pope to visit a border town. His visit was intended to bring peace to a city where violence, abuse and crime are part of its resident’s day-to-day life. Mexican Church leaders agreed that the pontiff’s visit is “a call for unity and empathy.” But it also came at a time in which discrimination against immigrants and refugees has transcended the national political discourse during this election time.

Before the Mass, the Pope went to an altar prepared for this occasion, where he honored immigrants who died crossing the border. He prayed briefly and gave his blessing, as hundreds of immigrants and nonimmigrants watched intently from across the border, in El Paso.

Everyday hundreds of mothers and children from El Salvador, Guatemala and Honduras, as well as Mexico, cross the border into the U.S. looking for refuge. These countries are considered to be some of the most dangerous places to live in the world.  Extreme levels of violence force people from these countries to live in fear and flee their homeland. The high homicide rates in El Salvador, Guatemala and Honduras have turned violence in these countries into an epidemic, according to experts.

Pope Francis said during his visit to Mexico that this migrant crisis needs to be seen from a human perspective, not based on numbers.

“This crisis which can be measure in digits, we want to measure them by names, by stories, by families,” the Pope said. 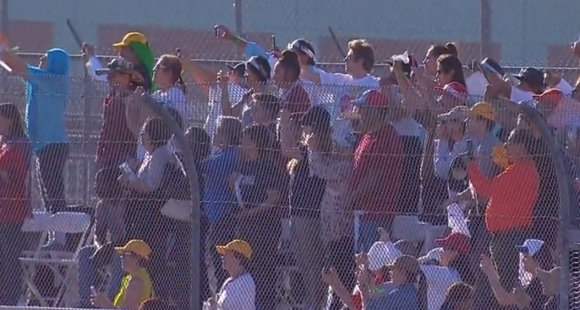 PEOPLE WATCHING FROM THE OTHER SIDE IN THE U.S.