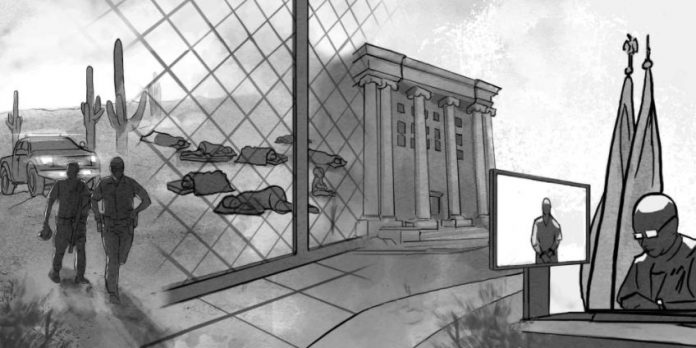 A new online game allows players to go through some of the experiences of a refugee seeking asylum in the United States. Players pick one of five asylum applicants to follow along the refugee trail and through the American legal process. The game, from Pro Publica and WNYC captures the refugee experience as “The Waiting Game” in a new low-res first person.

If you are interested in playing, here is the link.

According to Pro Publica:

Based on the real case files of five asylum seekers from five countries and interviews with the medical and legal professionals who evaluate and represent them, The Waiting Game is an experimental news game that lets you walk in the shoes of an asylum seeker, from the moment they choose to come to the United States to the final decision in the cases before an immigration judge.

Each of the five stories are based on the lives and cases of a real asylum seeker. ProPublica and Playmatics interviewed or obtained material from physicians, psychiatrists, case officers, country experts, lawyers and judges who were either directly involved with these cases or who regularly see cases like these. We’ve omitted some details to protect the identities of the asylum seekers.