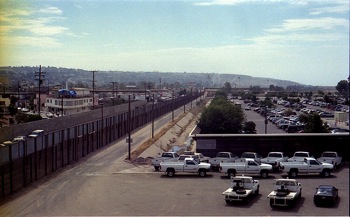 In a January 31 speech, Janet Napolitano called out anti-immigrant politicians for spreading myths that depict the border as out of control and describe the Southwest as awash in immigrant-caused crime. Speaking at the University of Texas at El Paso, she accused politicians of “misstating the facts and unfairly politicizing border issues.”

Two years ago, the Obama administration embarked on a program of massive immigration enforcement designed to silence those who argue that immigration reform can only come after the border is secured. What the administration apparently did not anticipate was that claims about border violence would still be made irrespective of facts to the contrary.

Image courtesy of The Holy Hand Grenade! via Flickr.