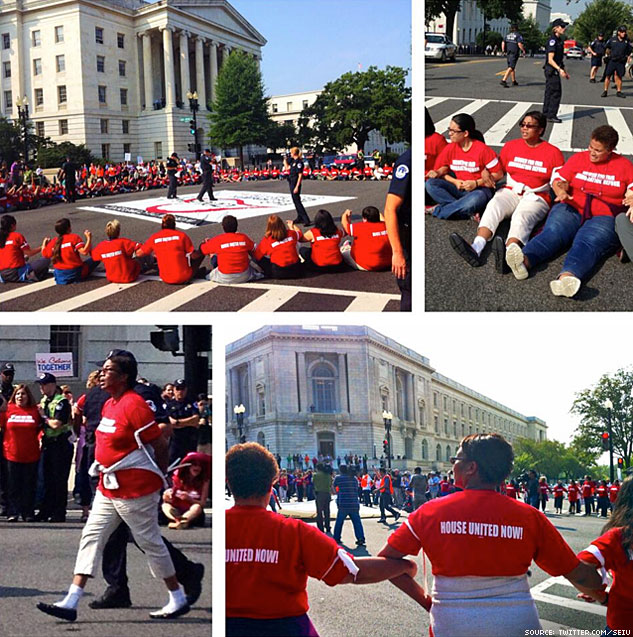 More than 100 women – including 25 who are undocumented – were arrested on Capitol Hill on Thursday after they blocked an intersection to call on the House of Representatives to move forward with immigration legislation in a protest that rallied national women’s groups in support of comprehensive immigration reform. Another 300 protestors stood in solidarity with the women during the protest.

The 115 women sat in a circle on Independence Avenue, disrupting traffic for about 30 minutes, then were handcuffed by Capitol police officers and taken away in vans. All protesters were given misdemeanor citations with $50 fines and were released by late afternoon, organizers said. No criminal charges were brought against the protesters.