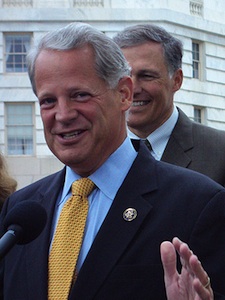 Long Island Congressman Steve Israel is calling for Homeland Security to review the policies and procedures that allowed a 4-year-old girl—who is a US citizen—to be sent to Guatemala last week. Emily Samantha Ruiz was subjected to de facto deportation to Guatemala while her parents—who are undocumented and live in Brentwood—say that they were left without the option to bring her home.

This bureaucratic overreach and utter failure of commonsense has left a little girl—a U.S. citizen no less—stranded thousands of miles from her parents. I’m working with the family and their attorney to reunite Emily and her parents and asking for DHS to do a formal review of how this could have happened.