This Saturday night, I will be traveling to Turkey with several colleagues from a newly formed Long Island group called Common Ground. This group is a multi-faith, multi-racial, multi-ethnic alliance working to advance universal human rights.

In a desire to better understand our Long Island Muslim community and to learn more effective ways to genuinely welcome diverse groups into our communities, we will be spending nine days in Turkey.

Sadri Altinok, a member of Common Ground, organizes delegations to Turkey through the Deer Park-based Turkish Cultural Center, and he’ll be helping us gain a better understanding of Turkish and Muslim culture during our trip.

I’m already excited about some of the historical sites that we’ll be visiting, including the Hagia Sophia, a cathedral dedicated in 360 by the son of Emperor Constantine; the Blue Mosque, which Sultan Ahmet I built in the 17th century to rival the Hagia Sophia; and the Zulfaris Jewish Museum, a former synagogue dating back to 1671 that remained in service until 1985. 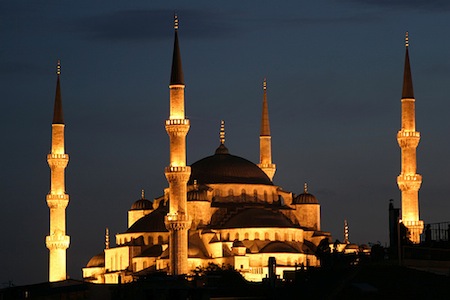 The Blue Mosque at night. (Credit: Adam Franco via Flickr)

We will also visit the Journalists and Authors Foundation, a group established in 1994 to promote democratic civility in the face of diversity and to facilitate interfaith and intercultural relations. To complement that trip, we’ll stop by the offices of the major Turkish newspaper Zaman.

But to really get to know the Turkish way of life, we have been invited to several Turkish homes for tea and dinner. This will give us the opportunity to share our values and hopes for a world that truly accepts equality, diversity, and religious freedom.

In our current political climate, with anti-Muslim sentiment stoked by politicians like Peter King, I feel that this type of educational opportunity is vitally important, and I look forward to sharing our experiences with you all once I return.

P.S. We will also take in my personal favorites – the Whirling Dervishes and the Fairy Chimneys – I will be sure to take pictures! 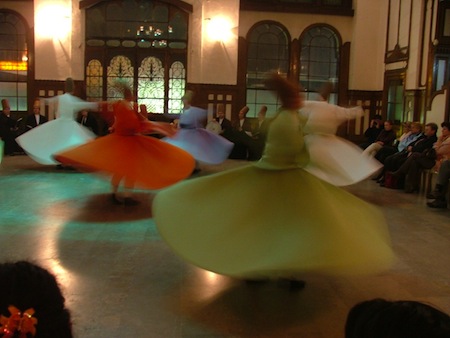 Feature image by Robster1983 via Wikipedia.