On October 5, 2013 the broadest and most diverse movement, including our vast immigrant communities in America, together with faith, labor, and civil rights groups, will join in marches and rallies in over 40 cities across the nation calling for Congress to pass comprehensive immigration reform with a path to citizenship in 2013.

Here on Long Island, we’ll be marching with our local allies in Brentwood calling for swift action on immigration reform. 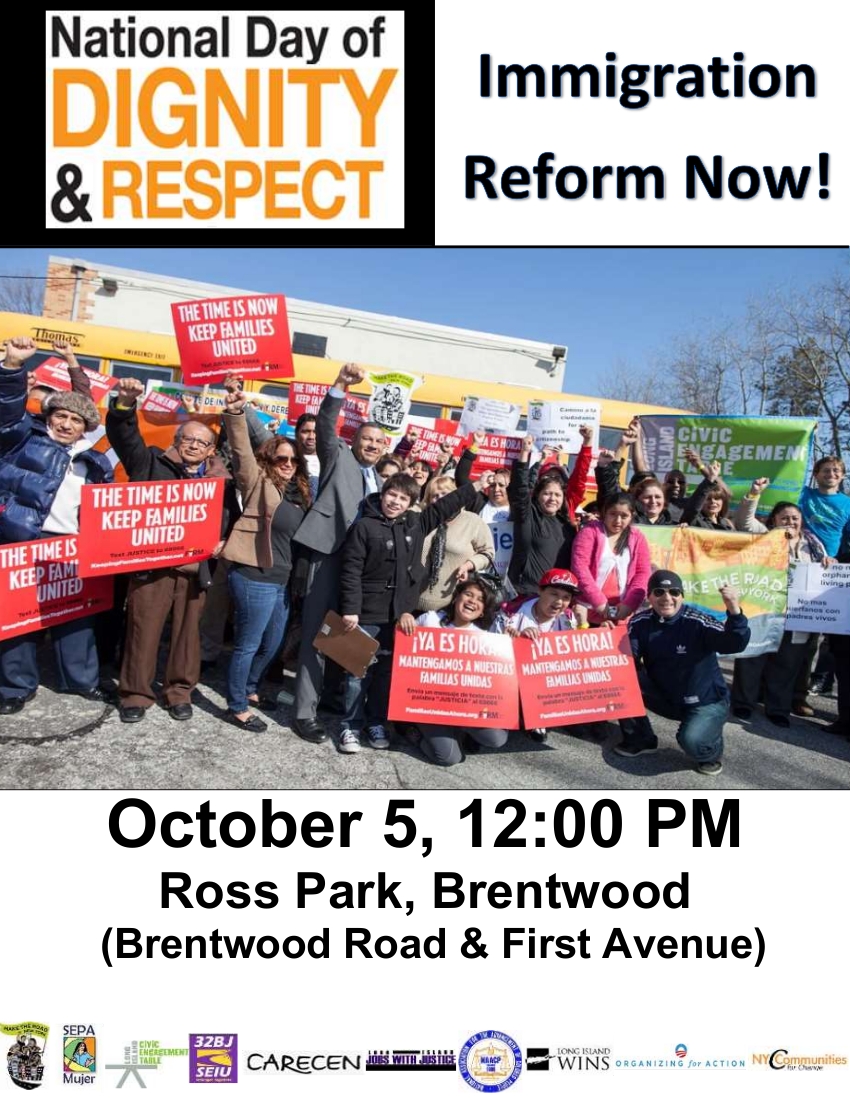 We will march to demand respect for the hard work and for the many contributions immigrants make to the nation’s culture, economy, communities, and faith. We will march for commonsense immigration reform with a path to citizenship, legal immigration rules that promote family unity and protect worker rights, an end to the destruction of our families through deportations, and a halt to the rush towards massive wasteful spending on unneeded border militarization and for profit immigrant detention prisons.

We march for a Long Island and America where our hard work is honored; where our many contributions to the nation are respected; and where our families and children can dream of building lives of dignity and without fear. We cannot let the continued failures of Washington result in more families torn apart, more abusive employers and poverty wages, more children who cannot dream. We march for a better America for all, and we invite all our friends to join us.  It’s time to raise our voices and make sure Congress hears our call for Dignity and Respect!