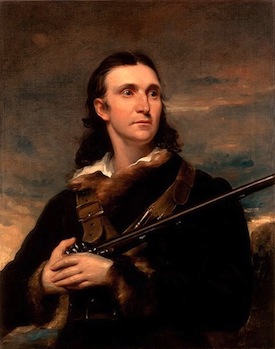 Today is the 226th anniversary of the birth of John Audubon, who was born in 1785. While we all know that he was the famous painter of American birds and that one of the nation’s oldest environmental groups bears his name, few of us are aware that this early American painter was an immigrant.

Audubon was a Frenchman born in Haiti. His father took him to live in France when he was three and he grew up there. When he was 18, he immigrated to the United States.

One of the most common reasons our male ancestors came here, and one they rarely spoke about, was to avoid being drafted. When Audubon was a teenager, the Napoleonic Wars were convulsing Europe. His father was desperate that he not be forced into the French army, so he obtained false papers for his son and helped him immigrate illegally to the United States.

At least from the French perspective, he was an undocumented immigrant. The US had few immigration laws at the time and it is unlikely that the use of fraudulent documents by the future artist would have gotten him deported even if it had ever been found out.