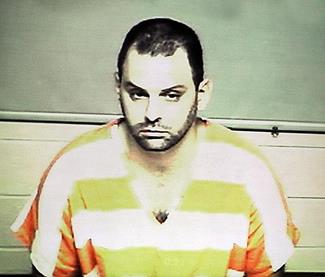 Jason “Gunny” Bush was second in command of Shawna Forde’s Minuteman American Defense (MAD). Jury selection began this week in Bush’s trial for acting as Forde’s gunman in the killing of 9-year-old Brisenia Flores and her father Raul in Arivaca, Arizona.

Forde was sentenced to death last month for her role in the executions. She had a long history of involvement with the Minuteman Project and the Minuteman Civil Defense Corps before starting her own border militia group. Bush, on the other hand, was new to the Minutemen when he joined MAD in 2008 or 2009, but he had a long association with racist politics.

Bush had been involved in the Aryan nations and other white supremacist organizations dating back to the 1990s, and he is accused of killing a Mexican immigrant and a white teenager in 1997 as part of his political activities at the time.

The teenager was killed, reportedly, as an execution because the victim was said by Bush to be a “race traitor.” The killing was carried out in front of witnesses who claim that Bush warned them that they or their families would be harmed if they ever went to the police. The witnesses to this killing only came forward after he was arrested for the Flores killings.

Police say that Bush confessed to involvement in the Arivaca killings shortly after he was captured.

On July 31, 2009, Bush was interviewed by Kim Smith, a reporter for the Arizona Daily Star. The interview is rather bizarre.

Bush claims that he just met Forde right before the Flores killings and that he was not a member of Minuteman American Defense. He says that he met Forde through the Southern Poverty Law Center and implied that he was compiling information on her or others at the time.. He also says that he is in favor of open borders, not a white supremacist, and sympathetic to immigrants. The Bush interview was immediately dismissed by police and prosecutors as an attempt by Bush to exonerate himself.

Over the next several weeks, I’ll be following the trial for Long Island Wins, as well as looking at the evidence of Bush’s involvement in other violent political activities.