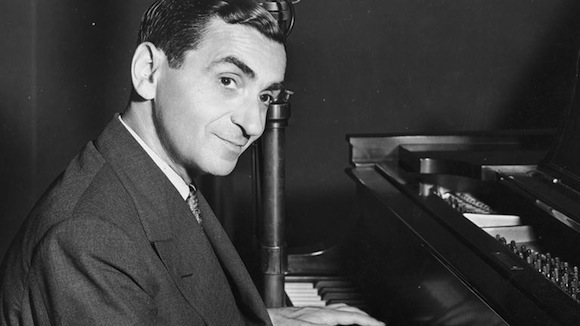 As we head into Passover this Friday, it is important to remember the many contributions Jewish immigrants have made to our country and our culture over the years. One excellent example is that of singer/songwriter Irving Berlin. Widely considered to be one of the greatest songwriters in American history, Irving Berlin held a passion for our nation that ran so deep, many of his songs are considered iconic American anthems. His love for America crossed religious and cultural boundaries and continues to be a part of our nation’s identity and history.

Irving Berlin was born Israel Isidore Beilin on May 11, 1888. At the age of five he fled with his family to America to escape the Russian persecution of Jews. When they arrived at Ellis Island, the surname was changed to “Baline” due to a misspelling.

The family settled in the tenements of the Lower East Side in New York City. After his father died, Berlin, then only 13 years old, sought work to help support the family of eight children. He began working as a singing waiter at Bowery saloons. Berlin was very musically inclined and wrote his first song in 1907: “Marie from Sunny Italy.” His name underwent a second transformation due to a typographical error on sheet music, which read “I. Berlin”. Rather than correct it, he kept the name, becoming Irving Berlin.

Four years later, “Alexander’s Ragtime Band” became his first major international hit. Over the next few decades, Berlin became responsible for penning lyrics to more than 1,000 songs, many of which would become an integral part of everyday American life. These included music for “Anything You Can Do.” This song is featured in Annie Get Your Gun, a fictionalized story of the life of Annie Oakley and her romance with sharpshooter Frank Butler, which premiered on Broadway in 1946 and was adapted into a highly successful movie in 1950.

Another highly successful song by Berlin is “Oh, How I Hate to Get Up in the Morning.” At age 30, Berlin was drafted into the U.S. Army and stationed at Camp Upton in Yaphank, Long Island. Berlin often stayed up late at night writing songs, which made mornings quite the challenge. He quickly realized that the bugler was to become his “pet aversion and the inspiration” for the song.