For a full list of all articles in The Immigrants’ Civil War please scroll to the bottom of the page.

Henry Winter Davis served in Congress in the 1850s and 1860s. Although he was from the border state of Maryland, he became a Radical Republican.  During the Civil War he criticized Lincoln for being too slow to end slavery and enlist black soldiers in the Union army. Davis was a man of intelligence and conviction. 1

And Henry Winter Davis was a Know Nothing.

Unlike some men who rode the anti-immigrant tide of the 1850s, Davis was not just an opportunist hoping to milk peoples’ fears of newcomers for personal gain. He appears to have believed in the Know Nothing doctrines, at least enough to write a leading book explaining them.

Henry Winter Davis was the son of an Episcopal minister. Davis seems to have begun his hatred of foreigners when his father lost his job as a college president to a man Davis described in his autobiography as an “Irish Democrat”. An immigrant had displaced a native American and thereby created a nativist.2

Davis’s authorship of The Origin, Principles and Purposes of the American Party gave him national prominence and provide us today with insights into the mind of a Know Nothing. 3

Davis knew his American history. He understood that America had been 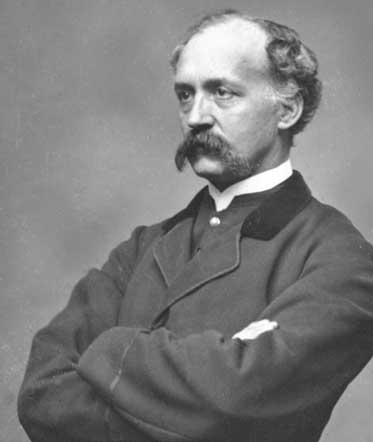 built by immigrants and their sons, but he believed that after 1848 the character of the immigrants had changed. Where immigrants had once been of the best Anglo-Saxon stock, the immigrants of the 1850s were an entirely different and degenerate lot. He said that while the older generation of English immigrants had created the institutions of America, the new immigrants had a different “character” argued Davis. In his book, Davis contrasts the old generation of worthy immigrants with the modern refuse: “now the immigration is the exodus of the…Irish, Dutch, Germans, Italians and French, who…having proved their incompetency for self-government [and who] throw themselves on our hospitality and abuse it.” 4

Davis described the pestilential German and Irish immigration of his day:

Large masses of foreigners are cast yearly on our shores, ignorant of our laws and language, and still greater strangers to the moderation and self-control of American republicanism. 5

Unlike earlier immigrants, these newcomers walled themselves off from Americans in ethnic enclaves, said Davis, because “their national sympathies united them socially”. This allowed them to form strong political blocks which provided “the scandalous spectacle…of these citizens of foreign birth, sympathies and interests…marched to the polls to decide American government.” 6

The Know Nothing intellectual said that voters must have a full knowledge of the Constitution and attachment to its principles. “A long and humiliating experience has shown that this knowledge and attachment …are found to flourish only in Americans by birth”, he wrote sadly. “In practice the great mass of naturalized citizens,” he wrote of the Germans and the Irish, “are found not to have that knowledge of and attachment to our institutions which fit them for safe recipients of political power. If they be unfit, their numbers and rapid increase make them…a dangerous element of political power”. 7

Unlike English immigrants, the new immigrants never really became American, argued Davis, saying; “They renounce their foreign allegiance but not their foreign feelings. They will not coalesce with American citizens nor cherish American principles. They remain a distinct class, voting apart, living apart, forming foreign associations…and demanding…their share of” government jobs. 8
The fact that the immigrants had their own ethnic organizations demanding equal rights for the foreign born was particularly dangerous to Davis. He wrote with disgust that “[n]ot content with living on us…under existing laws, they propose to improve them. They aspire to play reformers; and insolently form associations…to improve our…American liberty into the bloody and drunken dream of French and German liberty. They are no more American in heart than they are in birth, in language or in blood. They come flaming from the furnace of rebellion and civil discord…and fall like firebrands in our midst to disturb and exasperate the sedate and moderate conduct of America politics.” 9

I would be a cad to note that “sedate and moderate” American politics of the 1850s was characterized by corruption, slavery, and violence that would soon lead to a bloody civil war that cost more than 600,000 lives.

Henry Winter Davis had a prescription for America’s immigration cancer. “We say”, he wrote, “that experience has demonstrated that the great mass of European immigrants are unfit recipients of American citizenship…”  He was particularly disturbed by the anti-American views of the majority of immigrant Catholics, whom he accused of conspiring to ban the Bible from public schools and impose Catholic Canon Law on the United States.  “These things have justly shaken the confidence of the American people in their Catholic fellow citizens,” Davis wrote. He accordingly demanded that nearly all European immigrants be barred from citizenship and voting. 10

Even more important to Davis and the Know Nothings was his conclusion that “ it is not fit that any person not of American birth” shall be elected to or hold any government office. He wrote that “American citizens by birth…shall not be controlled by foreign influences through naturalized citizens”. Banning naturalized citizens from all government jobs would keep real Americans from being enslaved by Irish papists and German Liberals alike. It would also help preserve jobs for the native-born who were increasingly finding themselves out-hustled by hard working newcomers.

In his book Davis hit on several points that would echo throughout the Know Nothing period. The first is that contemporary immigrants did not live up to earlier immigrants. The new immigrants were viewed as both immoral and a threat to American culture, unlike the immigrant grandfathers of the Know Nothings. Their religious differences threatened to impose foreign religious law (Catholic Canon Law) on the United States and their demands for equal treatment of their immigrant cultural inheritance was an insult to American values. They both stole jobs from Americans and were indolent and lazy imposing a burden on native-born taxpayers.

Secondly, Davis identified the danger to sacred American political institutions posed by immigrants who congregated together and formed their own ethnic organizations that rivaled those of the nativists. Their demands for political change reflected ingratitude for being allowed to live in the United States and their insistence on an equal share of government jobs, the 19th Century’s version of affirmative action, had to be beaten back by barring foreign-born U.S. citizens from all government jobs and elective offices.