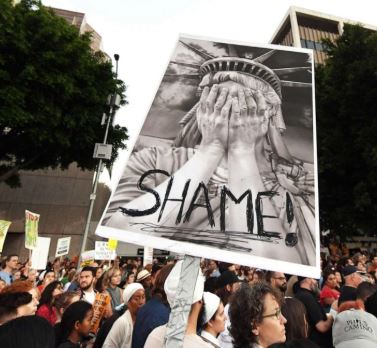 Donald Trump’s ICE raids apparently began this morning in New York City. A raid in Harlem and two raids in Sunset Park Brooklyn were reported by the Mayor’s Office of Immigrant Affairs. None of the three raids appeared to be successful and so far no one has been reported arrested. In one of the raids, ICE officers reportedly left the target building muttering that they needed to get a court warrant to complete the raid.

All three raids appeared to target residences. Most ICE raids take place at people’s homes. If ICE comes to an immigrant’s door, do not let them in unless they have a warrant signed by a judge.

Many people respond to news of ICE raids by staying at home, but this is precisely where ICE is most likely to capture a person.

We expect stepped up raids throughout the week in New York City, Long Island, and the Lower Hudson Valley. While the news is often reporting that the ICE raids will focus on New York City, ICE is actually planning on raids to arrest people with deportation orders from the New York immigration Court, whick includes immigrants from the Lower Hudson Valley and Long Island as well.

Free Know Your Rights Tool Kits for Immigrants in 14 Languages