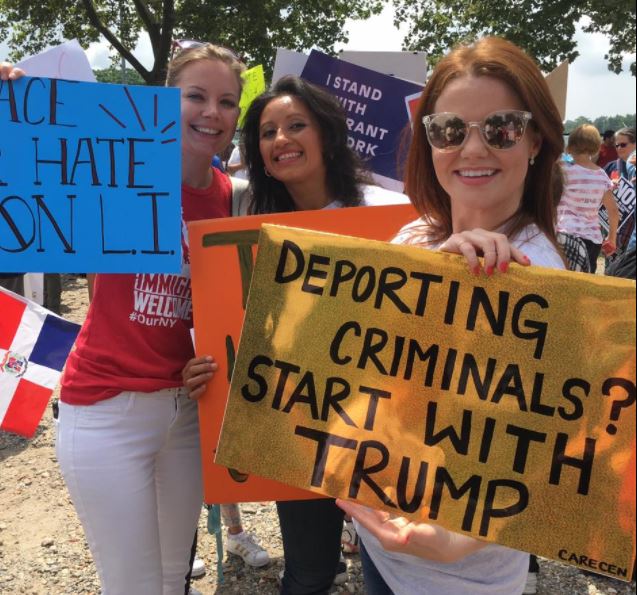 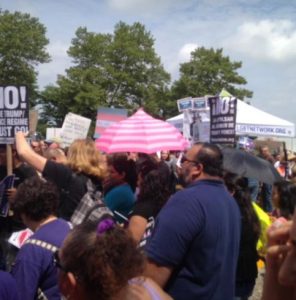 When Donald Trump arrived at Suffolk Community College today, he was met by more than eight hundred protesters challenging his bigotry. Immigrant organizations, religious groups, unions, students, womens groups, and the LGBT community all combined for a spirited defense of human rights in the face of violent rhetoric and hatred. 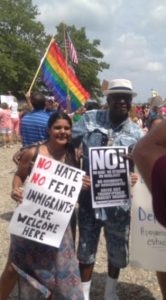 While a handful of Trump supporters screamed obscenities at those at the rally, the national media saw the heart of Long Island stand for love and respect. As I spoke to rally participants they told me that they took the day off from work to stand in the hot sun to voice their opposition to the president’s disgraceful pandering to the worst prejudices of his Alt-Right base.

News outlets from around the country have described Trump’s trip to Brentwood as an attempt to get as far away from the Russia inquiry as possible. The president is using the killings of young Latinos in Suffolk as a diversion from the real problems that afflict the country. Long Islanders were not fooled. 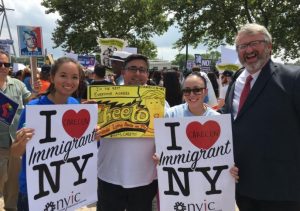 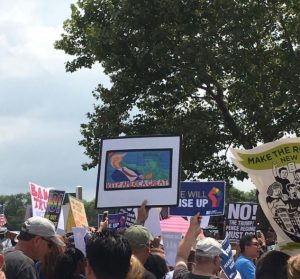