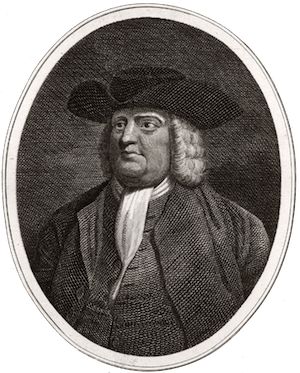 The influence of William Penn shaped how immigrants were treated in colonial Pennsylvania.

Our current divisions over immigration date back to the earliest days of English settlement in America, according to Georgetown University historian Susan F. Martin.

Her research indicates that the early colonies often wanted immigrants, but denied them rights. She said that three models of immigration evolved, from Virginia, Massachusetts, and Pennsylvania.

In an interview with The New York Times, Martin describes the models:

Virginia sought workers but found them in slaves.

Pennsylvania sought citizens, and built them from foreign stock (despite gripes from residents as cosmopolitan as Benjamin Franklin).

Each model was pro-immigration, Ms. Martin argues, but not necessarily pro-immigrant.

“They had very different ideas about what would happen after the immigrant entered the country,” she said in an interview.

All three models have taken contemporary shape, not only in the United States but also across the globe, at a time when migration is a growing force and Ms. Martin one of its leading academic chroniclers. While her book is confined to American history, she said the armies of guest workers in Dubai reminded her of Virginia in its indentured servant phase, while the French campaign against Islamic headscarves had echoes of Salem.

Ms. Martin champions the Pennsylvania model in her book, published this year by Cambridge University Press: political unity, cultural diversity and equal rights. But almost unwittingly her book shows how improbable and precarious that model is. It is utterly foreign to much of the world, where citizens are born, not made, she said, and threatened at home by the reliance on illegal workers who lack rights.

“The Pennsylvania model is not dead, but it is under severe challenge,” she writes.