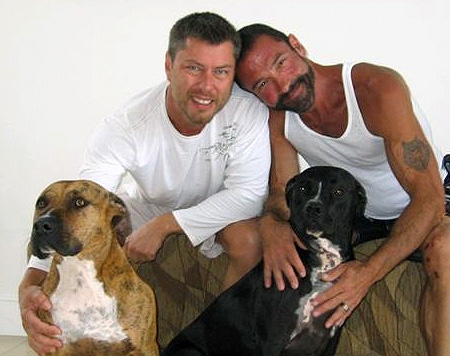 Anthony Makk and Bradford Wells have been legally married for seven years. Bradford is terminally ill, and Anthony is his sole caregiver.

Now, the Department of Homeland Security (DHS) wants to deport Anthony to Australia, even though he has been a longtime resident of California and has no criminal record whatsoever.

DHS has refused to change his immigration status to reflect his marriage to Bradford due to the Defense of Marriage Act—which President Obama has called unconstitutional.

President Obama has the authority to keep this family together. He has repeatedly stated that his administration is focused only on removing criminal immigrants, but his record number of deportations—one million immigrants in the last two and a half years—continues to tear families apart.

Please join us in calling upon the Obama administration and DHS to stop Anthony’s deportation.

Adam Luna is the political director at America’s Voice.