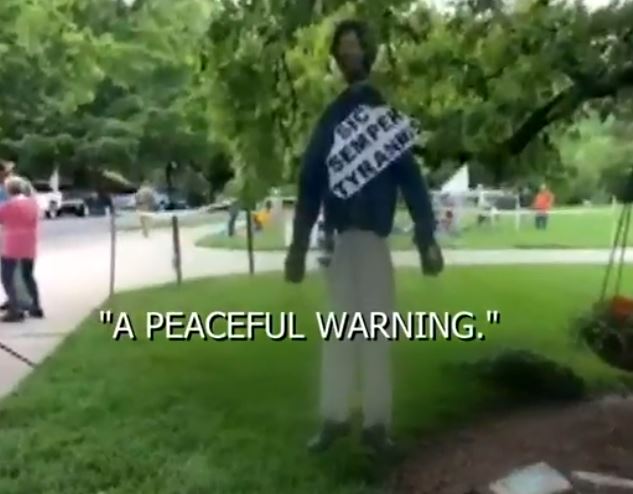 The Three Percent militia network that showed up in force in East Meadow on May 17 at a Reopen New York appears to be connected to the group behind the “lynching” of an effigy of Kentucky Governor Andy Beshear over the weekend. The image of armed men in camouflage carrying out a ritualized lynching on the capitol lawn was shocking even to many conservatives. On the effigy was the Latin slogan “Sic Semper Tyrannus,” which was shouted out in Ford’s Theater by John Wilkes Booth after he assassinated Abraham Lincoln in 1865. The group suspected of carrying out the action was the Kentucky 3Percenters.

Three Percenter cells were organized in response to the election of President Obama in 2008 and they have been mobilized nationwide during the Pandemic to demand that states end social distancing.