Kris Kobach is the author of Arizona’s SB 1070, the infamous “Show Me Your Papers” law, as well as anti-immigrant laws in Alabama and South Carolina.

He’s also the Kansas Secretary of State. It may seem odd that a Kansas politician is actively fomenting immigration controversies in other states, but what is odder is his own state’s record on the issue.

Kobach opponents in the Jayhawk State recently turned back his effort to institute a bill similar to SB 1070, and a coalition of Kansas business leaders went even further last week, asking the federal government to temporarily legalize agricultural workers in the state so that the farming industry doesn’t collapse.

There has not been some sort of radical coup in Kansas. The state is still governed by conservatives. The Secretary of Agriculture who is handling the negotiations was picked for his solid Republican credentials.

The legalization proposal does not come from the National Council of La Raza, but from the Kansas Chamber of Commerce and an alliance of agricultural groups.

According to the Associated Press, here is what the Kansas proposal would do:

The new program proposed by the groups would create a pool of immigrant workers that businesses could tap after the state certifies a labor shortage in their industries. The state would support requests from individual workers for the federal government to authorize them to continue working in the US, despite not being able to document that they are in the country legally. 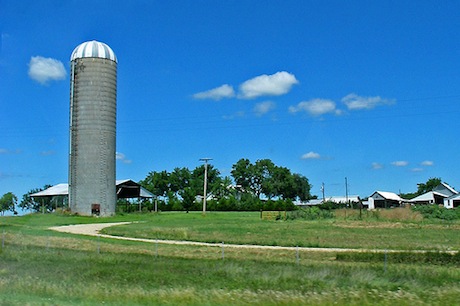 Now, my understanding of immigration law tells me that this proposal is not something that can be done by the Department of Homeland Security. It would require a new law passed by Congress and signed by the president. Kris Kobach agrees, saying, “Their bill is a legal impossibility and a political fantasy.”

One thing Kobach has not addressed in the current Kansas debate is his own responsibility for the farmworker shortage. While Kansas did not pass Kobach’s bill, other states did. The upsurge in police profiling of Latinos in those areas to the south of Kansas likely disrupted migratory farm laborer patterns. Workers who once followed the harvest from Florida or the Southwest up through the Great Plains are probably now following different routes to avoid arrest and deportation; some heading for the more congenial West Coast, others heading home.

Kobach claims to offer a solution to illegal immigration, but he does not solve the problem of who will bring our food from farm to market.