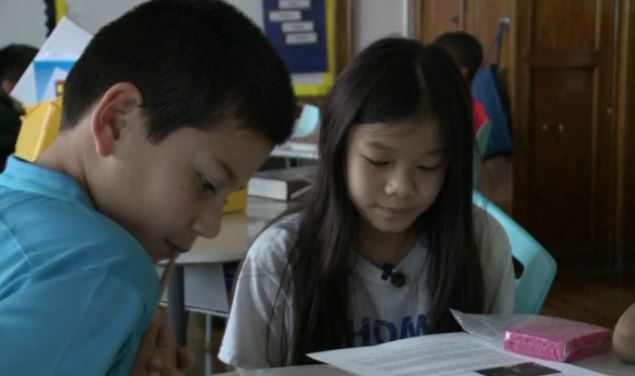 Editor’s Note: This article is written by Edwin Martinez and originally appeared in Spanish in El diario. It was translated by K Casiano and posted on Voices of NY.

The sense of alarm created by “la migra’s” operations against undocumented people on Long Island is growing. This time, Suffolk County’s public school students are the new target, according to the New York Civil Liberties Union (NYCLU).

The organization, which has an office in Suffolk, has received complaints from parents and students who were suspended after being accused by school authorities of being members of the MS-13 gang, which has been terrorizing that area of New York.

NYCLU Suffolk Chapter Director Irma Solís confirmed this, adding that parents and immigrant advocates fear that these student suspensions based on false accusations – for reasons such as clothing style or for making certain gestures – may give ICE free rein to justify making further arrests.

The civil rights organization reported that, last week, ICE detained two teens under 16 who had no criminal record and without proof that they have any links to gangs apart from the charges now pending against them.

“We are deeply concerned that the questionable suspensions at Bellport High School could lead to ICE’s involvement and to the separation of children from their families,” stated that NYCLU representative. “No New Yorker should have their life disrupted by vague accusations, especially children. We are actively investigating this situation.”

The mother of one of the students detained by “la migra” on Thursday, who chose to remain anonymous, said that ICE agents arrived at her home in the afternoon and took her son.

“I asked them not to handcuff him and they didn’t listen to me, and they took him to Virginia at once, far away from me so I can’t see him,” said the mother, inconsolable. She came from Central America with her son last year fleeing violence and is in the middle of an immigration process.

She claims that school authorities are behind her son’s detention. The youth was suspended for allegedly being a gang member.

“I know that my son is not getting into trouble. Every time I went to the school to ask about him, they told me that everything was going very well, that he was a good kid, and then they suspend him out of the blue and they don’t want to give me a reason,” she said, adding that this would be a new tactic in which schools are collaborating with “la migra” to deport more people. “I feel that this is racism against Latinos and against kids who have committed no offenses, because my son has a clean record; he doesn’t even wear an earring.”

Other parents say that a list exists containing the names of over a dozen students without a criminal background who the county police are trying to pass as gang members to have them suspended by their schools to allow ICE to go after them.

Suffolk County Legislator Mónica Martínez also said she was alarmed by these claims, and asked schools to carefully consider their actions before suspending teens with no links to gangs.

“We are very concerned about these cases, in which we see presumably innocent students being suspended from schools, and we call on all school authorities to do everything humanly possible to prevent the innocent from paying for the sins of the guilty,” said the legislator. “As a teacher and school administrator, I know exactly the type of challenges schools face, but there is no justification for punishing innocent people.”

At press time, we were still awaiting a response from ICE offices in New York regarding these claims. School personnel were unavailable, as they are on vacation.