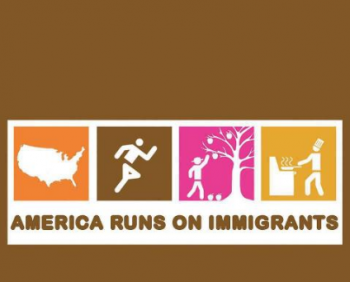 Whether you believe in immigration reform or not, Mexicans are dying by the thousands trying to cross the U.S. border in the southwest, seeking a better way of life. Enrique Morones is the founder and executive director of the San Diego nonprofit Border Angels. The all-volunteer group places water in the desert in places where immigrants are likely to try to cross.

Morones will speak about the organization on Monday, Dec. 10 at 7:30 p.m. at the Unitarian Universalist Congregation at Shelter Rock, 48 Shelter Rock Rd., Manhasset. Border Angels provides free legal advice for immigrants facing deportation and runs community awareness and education programs. Morones has met with President Barack Obama, appeared on CNN and debated Maricopa (Az.) County Sheriff Joe Arpaio; he also has led several cross-country marches, including one this past summer, to dramatize the need for comprehensive federal immigration reform.

In 1986, Morones founded Border Angels while working as a high-salaried marketing specialist for the San Diego Padres baseball team. He has been fighting against racial profiling since then and left the Padres in 2001 to work full time for his nonprofit.

Morones said an estimated 10,000 people have died trying to cross the border in the past two decades. There is a mass grave site in Holtville, California that contains the unidentified remains of 700 people. Morones has guided college students to the site to install and paint crosses on the graves. He says an estimated 250 million undocumented people around the world have crossed borders, including 11 million in the U.S.

His talk at Shelter Rock will include discussion of the Secure Communities program and President Obama’s deferred action program designed to help qualified undocumented young people to avoid deportation. The lecture is co-sponsored by the Shelter Rock Forum and Social Justice committees. The suggested donation is $5. Light refreshments will be served. Call Claire Deroche at 516-627-6560 for more information. If your group needs assistance getting to the event the National Center for Suburban Studies at Hofstra will defray the cost of a bus”?