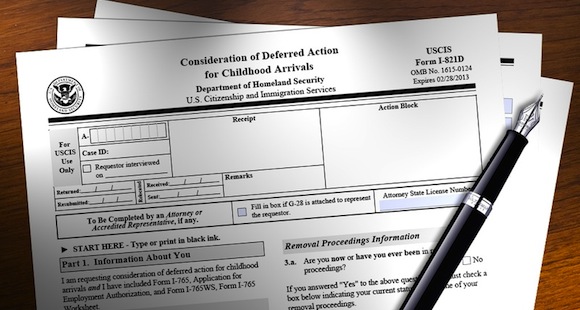 One of the biggest questions being asked when President Barack Obama announced the new Deferred Action for Childhood Arrivals (DACA) program in June 2012 was how those granted work permits would renew them. The initial DACA application required immigrants to prove that they either had a high school diploma or that they were in an educational program preparing them for high school graduation or its equivalent.

Some immigrants did not apply for DACA because they wrongly believed that they would have to graduate from high school before they could renew their work permits issued under the program. The new renewal form, released this month, should set those fears at rest. There is no requirement that the high school education be completed in order to renew.

In fact, the renewal form does not ask any questions about current educational status. If a person was initially granted DACA, the fact that he or she may no longer be in school does disqualify them from renewing. In addition, the person filing for DACA renewal does not have to submit any new evidence of being in school.

The only DACA renewers who have to provide additional documentation are those who have been arrested or those who have had immigration problems since they first applied for the program.

There are two messages that DREAMers can take away: