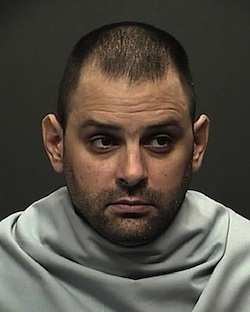 On March 25, Minuteman American Defense second-in-command Jason Bush was convicted of murdering 9-year-old Brisenia Flores and her father, Raul, in Arizona. Yesterday, the jury began deliberations on whether Bush should be executed.

Evidence that Bush had been involved in the killings was so extensive that his defense team did not put a single witness on in his defense during the trail, nor did they challenge any witnesses.

According to the testimony of Brisenia’s mother, Bush shot and killed both Brisenia and Raul in cold blood. Evidence at the trial was nearly identical to that offered at the trail of Shawna Forde, whom jurors convicted of masterminding the killings. The only major addition was the introduction of extensive DNA evidence left behind by Bush at various locations after he was shot by Brisenia’s mother when he tried to kill her.

After the guilty verdict, the defense introduced evidence of a long history of violent behavior by Bush that they said indicated a man with severe mental irregularities.

Bush’s involvement in extremist politics dates back to the 1990s. He has been indicted in two political killings in the Pacific Northwest and is believed to have been involved in other acts of violence in support of his white supremacist and anti-immigrant political views.