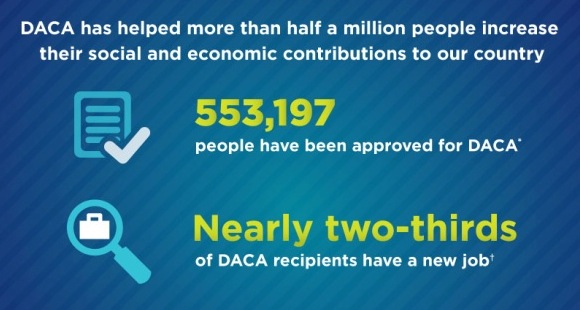 Today marks the second anniversary of President Barack Obama’s Deferred Action for Child Arrivals (DACA) executive order. To date, more than a half million DREAMers have benefitted from DACA and are now more fully contributing to American civic life.

Long Island Wins has written extensively about DACA, the application and renewal processes, and the positive impact it has had on many Americans. Today we are commemorating the second anniversary of this important program with an infographic outlining some of the many ways that young American immigrants are benefiting from DACA. 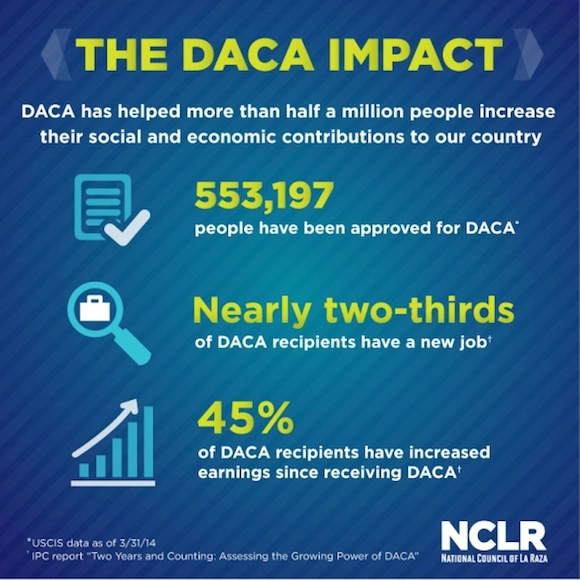 In addition, a recent report from the Migration Policy Institute examines the current state of DACA after two years of implementation.

It is expected that Obama will announce a new executive order soon, possibly expanding DACA or establishing a similar program that will include many more immigrants. If so, these reports give a good sense of how these individuals and the U.S. as a whole will serve to gain from such action.