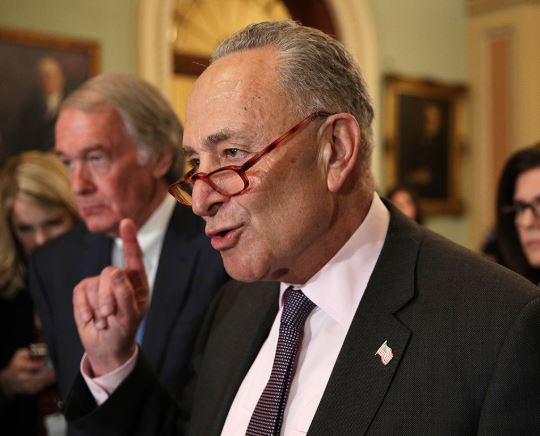 Across New York State, immigrants make up 33% of the front lines workers. In New York City, the epicenter of the virus’ original outbreak, immigrant New Yorkers make up more than half of the front line workers. Additionally, 90% of New York’s front line workers live in the three boroughs hardest hit by the city’s COVID-19 outbreak—Brooklyn, the Bronx, and Queens.Now, more than ever, New Yorkers must stand united against the racist and unfair exclusion of immigrants from the Heroes Act.

In the upcoming stimulus bill, Senate Minority Leader Schumer must fight for the passage of the Heroes Act, having already failed to deliver a stimulus to immigrant families in the last four stimulus packages. New York cannot survive this pandemic without its frontline essential immigrant workers.
Please join us tomorrow and  join the fight by calling Senator Schumer or sharing the following messages below on Facebook, Instagram, and Twitter advocating for our frontline workers. We need to pressure our government and representatives to #PassTheHeroesAct.

Please find the document for today’s NY United Day of Action below including call in scripts.
https://docs.google.com/document/d/1GwUGhSZdvFBHo4hEBsXj7j4meLqjYyUSr1ibK9-jWxQ/edit