Have you ever seen your child lose the drive to study, or invent illnesses in order to avoid going to school? Is he or she depressed or isolated?

All of these behaviors are signs that your child could be a victim of abuse by peers at school, a phenomenon otherwise known as “bullying.”

Bullying occurs when a person intentionally causes anguish or pain to another by mistreating the person physically or verbally.

According to statistics at the national level, approximately two or three children per classroom spend their day afraid of being abused by their peers. Many times the psychological and emotional consequences are so profound among the victims of abuse that it can lead to depression and suicide.

Any person is able to be a victim of this type of abuse. Nevertheless, those people who stand out from the majority—either because of sexual orientation, race, or religion—are vulnerable, studies show.

There are many reasons why school children are abused by their peers. However, new immigrants can be an easy target, according to Alane Fagin, the executive director of Child Abuse Prevention Services, or CAPS, an organization based in Roslyn.

“I think that sometimes, especially with new immigrants, new children in school can be a target of abuse,” Fagin says. “If they [the children] don’t understand, or stand out from the other children, this can be a reason to bother them.”

This is an alarming reality considering that the number of Hispanic students entering the education system has increased significantly in the last 16 years, especially in suburban areas. Despite the increase in minority students in those areas, those students are still a small group, vulnerable to the abuse of the majority.

Studies on the national level have established that minority students are vulnerable to becoming victims of abuse in schools. According to a national survey looking at the climate in schools by the Gay, Lesbian, and Straight Education Network, 40 percent of minority students are frequently attacked with racial slurs in school and nearly a third of students reported having heard racist remarks by teachers and members of the school community.

On Long Island, a clear pattern doesn’t exist to show the incidence of cases of abuse in relation to the race of the victims. However, many times schools with a sizable diversity of races, like Brentwood and Central Islip, where the percentage of students of Hispanic origin is 70 percent and 50 percent, respectively, show a large number of incidents of intimidation and harassment, according to NADIR, an annual report on violent and disruptive incidents in schools published by the New York State Education Department.

Other Long Island schools showed a high number of intimidation and harassment complaints, including the middle schools in Hicksville, Westbury, Lindenhurst, Copiague, Deer Park, and Brookhaven, with more than 20 incidents reported per school. For their part, secondary schools, in Copiague, Deer Park, Three Village, Massapequa, Sachem, Longwood, and West Islip also showed a high number of incidents of this type.

For 16 years, Child Abuse Prevention Services has worked to prevent infant abuse and about 10 years ago, the organization began efforts to implement anti-abuse programs in schools on Long Island, training volunteers to conduct workshops for students.

Currently, the group has two workshops on the theme of abuse: “Stay Away From Bullies,” for children in their third or fourth year of studies, and “Take Action, Speak Up,” for children in the sixth and seventh grades. The workshops aim to provide the necessary tools to students so that they can know how to stop abuse and to help children who feel abused by their peers. The workshops last two days and are offered free of charge. 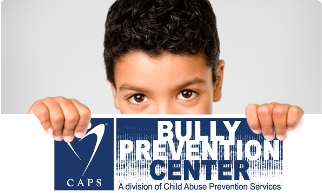 Alane Fagin says that at the beginning of each school year, her organization sends letters to each school on Long Island, offering the organization’s services and workshops. At present, Child Abuse Prevention Services has conducted an estimated 250 workshops in different schools.

In September, the organization inaugurated an Internet hotline for abuse victims and for those people looking for information about the subject, with experts in the field providing useful tools to combat abuse. If you or your child want help with abuse, you can email bullyhelpline@capsli.org.

Each year, Child Abuse Prevention Services recruits new volunteers to give workshops in schools. Fagin makes a special call to bilingual people interested in being part of the organization: “We don’t have many bilingual volunteers, and sometimes we do programs where it would be a great help if our presenter spoke Spanish.”