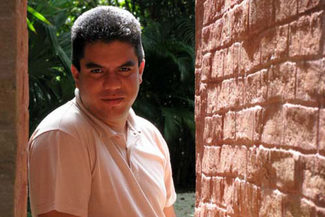 Newsday has a new reporter assigned to one of its most controversial beats: immigration.

Víctor Manuel Ramos, who covered on education and local government for the newspaper from 1997 to 2004, returned to Newsday in late December to report on immigration as part of a broader diversity beat.

Ramos most recently worked at the Orlando Sentinel, where he wrote about Latino issues and immigration policy, and has reported for the bilingual edition of the New York Daily News and the Spanish-language daily El Diario/La Prensa.

He also has firsthand experience with immigration—he was born in the Dominican Republic and immigrated to New York City with his family as an adolescent.

Ramos joins Newsday after a year-and-a-half in which the newspaper received criticism on both the local and national level for its immigration coverage.

In March 2010, the national media watchdog Media Matters for America suggested that the newspaper had reassigned two reporters after complaints made by Suffolk County Executive Steve Levy.

One of those reporters was award-winning journalist Bart Jones, who covered immigration.

Levy formally complained to Newsday’s editorial board about bias in Jones’ reporting in 2005, asking that the reporter be moved to the editorial page. Jones was eventually reassigned to the religion beat, a move that Newsday says was not influenced by Levy.

Newsday’s immigration coverage also drew fire in November 2009 after the newspaper ran a comic strip poking fun at hate crimes a week after the one-year anniversary of the death of Ecuadorian immigrant Marcelo Lucero.

The comic strip inspired Rev. Allan Ramirez of the Brookville Reformed Church to organize protestors outside Newsday’s Melville offices. In addition to the comic strip, Ramirez took umbrage with the newspaper’s reassignment of Jones, who was eventually replaced by Sumathi Reddy, a non-Spanish speaking reporter.

In March 2010, Reddy took a job with The Wall Street Journal, leading Newsday to temporarily dole out immigration stories among general assignment reporters until bringing Ramos onboard a few weeks ago.

In addition to his experience as a journalist, Ramos also won a literary award from the North American Academy of the Spanish Language for his novel, La vida pasajera, roughly translated, “The Fleeting Life.” The novel, which he anticipates publishing in the spring, tells the story of a Dominican immigrant family working to escape poverty and build a new life in New York City.

Describing La vida pasajera to the Spanish-language news agency EFE, Ramos called the book, “a sentimental letter,” saying that it was dedicated to those who suffer “the trauma of emigration and the experience of immigration.”