A new study from the Kaufman Foundation indicates that there has been a drop in immigrant entrepreneurship over the last six years. In recent decades, immigrants have created one-in-four new American companies even though they only represent one-in-seven people living here. According to the study, we now have to ask whether “the period of unprecedented expansion of immigrant-led entrepreneurship that characterized the 1980s and 1990s has come to a close.”

The report found particular dangers in the high tech sector where “immigrant-founded startups — a critical source of fuel for the U.S. economy — has stagnated and is on the verge of decline.” Vivek Wadhwa, director of research at the Center for Entrepreneurship and Research Commercialization at the Pratt School of Engineering, Duke University said that “the United States is in the midst of a historically unprecedented halt in high-growth, immigrant-founded startups.” He added that “the U.S. risks losing a key growth engine just when the economy needs job creators more than ever,” said Wadhwa.

Increasing political hostility towards immigrants, difficulties and delays in visa issuance, and the failure of Congress to update immigration policy since 1990 are among the factors leading to this decline. 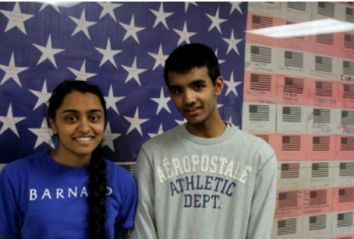