It’s far away from the steps of the Supreme Court, but in many ways it’s just as relevant to the debate over immigration, the economy and laws like Arizona’s SB 1070. When Alfred Peña teaches cha-cha, rumba and samba classes at Rhythmology, his Westbury dance studio, there’s one rule that’s above all others: Create an environment that’s welcoming for everyone.

“Every business owner is trying to reach out to people,” says Peña, a 29-year-old Dominican immigrant who has been running his studio since 2009.

Peña knows what politicians in Arizona, Alabama and Georgia apparently don’t: Laws like Arizona’s “Show me your papers” provision are millstones hindering economic development. They send the message to immigrants who wish to come here to start businesses that they are unwelcome.

The Supreme Court’s decision on Monday was a mixed one, but the justices upheld one of the worst provisions in Arizona’s law—the one requiring police officers to question people they suspect are undocumented about their immigration status, and to contact federal authorities if further suspicions arise.

That means that, even though much of Arizona’s broad attempt to thwart immigration was deemed unconstitutional, if you’re brown in Arizona, you’re likely to be profiled. Don’t have your ID on you? Expect to get hassled even more. Instead of a message of welcoming, it’s telling Latino immigrant consumers, workers and business owners to pack their bags and go elsewhere.

SB 1070 has already harmed Arizona’s economy. After it passed in 2010, people across the country joined a boycott of Arizona companies, the state lost tourism and convention dollars, and some of its best customers and workers decided to relocate.

“Why would you want to go to a place like that?” Peña wonders. “It’s not welcoming. . . . Latinos would be looked at as if we’re all in this country illegally.” 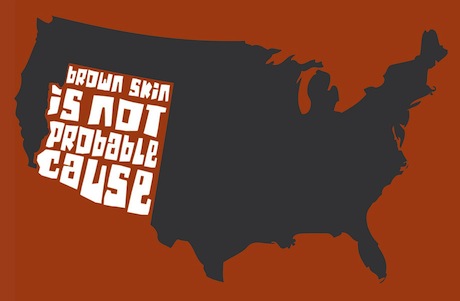 Now that the Supreme Court has given a thumbs-up to the part of the law that forces police officers to act as amateur immigration agents, the economic impact could be even worse.

According to the Center for American Progress, a think tank based in Washington, deporting all of Arizona’s unauthorized immigrants would eliminate 581,000 jobs and reduce state tax revenues by $4.2 billion. Yes, despite popular misconceptions, undocumented immigrants pay taxes.

As in Arizona, immigrants are a vital part of New York’s economy—whether they’re here legally or not.

And just as Arizona business associations helped lead the charge against SB 1070, leaders from a range of economic sectors are joining together to seek an alternate path for Long Island.

In the spring, a coalition of industry stakeholders united to support leaders who are now working to make sure we have immigration policies that foster economic growth, and not stifle it in the name of political opportunism or fear.

Long Islanders like Peña know that immigration is an economic engine, driving important industries including farming, health care and technology. Immigrants represent 16 percent of the Long Island population and 17 percent of its economic output, pulling their weight and then some, according to a report by the Fiscal Policy Institute, a nonprofit think tank with offices in Manhattan and Albany.

In these economic times, we simply can’t afford to play around with hateful policies, and it’s better for all when we have welcoming communities rather than those that marginalize and exclude.

The Supreme Court determined the constitutionality of the “papers, please” provision of SB 1070, not its wisdom. On Long Island, we know that the law and others like it have been moral and economic disasters for the communities that have enacted them.

And we know that immigrants come to Long Island from around the world to work hard and care for their families, creating jobs and renewing the American dream. It’s up to all of us to work for laws that help us make that dream a reality. We’ll all be better off for it.