The chief advocate of the legislation was Senate President Russell Pearce, the sponsor of last year’s unconstitutional SB 1070, more commonly known as the “Show Me Your Papers” law;  and the language of the bills came from Kris Kobach, who in recent years has established himself as the pied piper of xenophobic and unconstitutional legislation.

The five bills would have done everything from requiring immigration status checks of accident victims upon admission to hospital emergency rooms to taking away so-called Arizona citizenship from the US-born children of the undocumented (Despite the language of the bill, states do not determine citizenship).

Immigration and civil rights activists should be encouraged. Your actions over the last year helped convince Arizona Republicans to kill the bills and dramatically affected the immigration debate in the state.

When SB 1070 was passed lasting April 2010, Arizona’s business groups were largely silent before the vote was taken. Many had financially supported the conservative lawmakers who favored the legislation. Business leaders may have worried about blowback from passage, but they chose to ignore the possible economic consequences to keep their Tea Party allies on the right wing of the GOP happy.

But when Gov. Brewer signed the bill, the reaction against SB 1070 from people around the world was immediate and damaging to these same business interests. Here is how The New York Times characterized what happened in a March 18 article:

Arizona established itself over the past year as the most aggressive state in cracking down on illegal immigrants, gaining so much momentum with its efforts that several other states vowed to follow suit. But now the harsh realities of economics appear to have intruded, and Arizona may be looking to shed the image of hard-line anti-immigration pioneer.

In an abrupt change of course, Arizona lawmakers rejected new anti-immigration measures on Thursday, in what was widely seen as capitulation to pressure from business executives and an admission that the state’s tough stance had resulted in a chilling of the normally robust tourism and convention industry.

The defeat of the five bills was seen by Arizonans “as a rebuke” for Russell Pearce, according to the newspaper of record. At a time of economic calamity for Arizonans, Pearce has used his power to grandstand on a national stage provided by Fox News about an issue that he has little power over. In so doing, he may have damaged the state’s business climate for years.

Opponents of the five bills said that the state’s image had been hit hard, and that it did not make sense to pass new measures while the state had already put itself so far out in front of other states and the federal government on the issue — at a cost to tourism and other industries.

They said that previous immigration bills were still being reviewed by the courts, and that it was not smart to pass new legislation that plainly conflicted with the 14th Amendment of the Constitution.

“I don’t believe that anyone, including myself, foresaw the national and international reaction” to April’s bill, said Glenn Hamer, chief executive of the Arizona Chamber of Commerce and Industry, who said estimates of lost tourism business ranged from $15 million to $150 million. “Now we have that experience under our belts. We know these measures can cause economic damage; it’s just a matter of degree.” 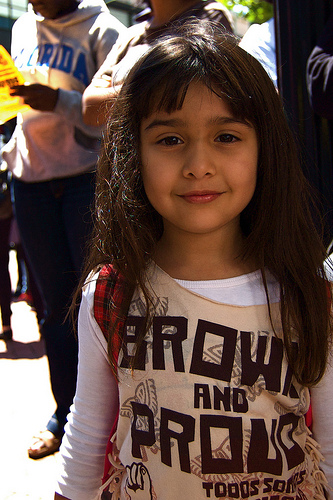 While supporters of SB 1070 had predicted that passage would lead to increased tourism by opponents of immigration, the opposite happened. Although a tea party convention and several small Minuteman conferences have taken place in Arizona in support of the anti-immigrant initiatives, non-extremist convention business and tourism have declined sharply.

A letter signed by 60 state business leaders this week blamed last year’s bill for boycotts, canceled contracts, declining sales and other economic setbacks. …
Crucial to changing the discussion was a clearly articulated and executed strategy by the state business lobby, which made concerns over negative economic effects a far more significant factor than in the debate last year.

State Senator Kyrsten Sinema, a Democrat, said business opposition — in contrast to what she called the tepid and delayed efforts of its leaders last year — gave Republicans the political protection they needed to vote no. 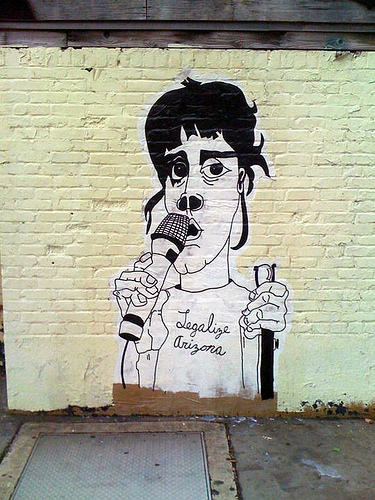 The boycott embraced by immigrant supporters across the country, and endorsed by Long Island Wins, forced the hand of the principal funders of Arizona’s Republican Party.

The effect on the state’s convention and tourism industry after the April vote was immediate. Convention bookings plunged in Phoenix, one of the top destinations in the United States, with large organizations citing the immigration bill when canceling their reservations.

“It was definitely a drastic decline,” said Kristen Jarnagin, vice president of communications for the Arizona Hotel and Lodging Association. She and other business officials pointed to data on bookings showing Phoenix’s ranking, on some measures, had dropped from the top four destinations nationwide to 23rd.

The Arizona Republic, the state’s leading newspaper, echoed the analysis by The New York Times. The fear of further action by immigrant rights supporters pressured businesses to break with the tea party.

According to the newspaper, some Republicans who voted for anti-immigrant bills in the past welcomed the opportunity to break with anti-immigrant radicals under the cover of the greater business community:

Arizona’s approval last year of the get-tough illegal immigration law, known as SB1070, produced protests, boycotts and court fights. The business CEOs cited concerns in a letter hand-delivered to lawmakers on Tuesday that more of the same would come from new legislation, with possible economic fallout to tourism and the hosting of industry conventions.

“They really wanted to go on record letting the legislators know what they needed,” said Greater Phoenix Chamber of Commerce president Todd Sanders, adding that it wasn’t hard to get business leaders to sign on. “For us the surprise was how fast the replies came back – sign me up.”