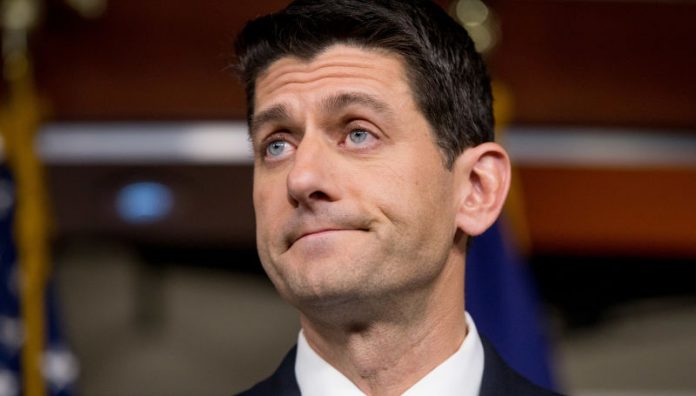 The Supreme Court’s ruling last week that left in place an injunction blocking President Obama’s executive action on immigration was greeted triumphantly by some conservatives.

House Speaker Paul Ryan read a statement shortly after the Court’s nine-word decision was issued. Ryan said: “The Supreme Court’s ruling makes the president’s executive action on immigration null and void. The Constitution is clear: The president is not permitted to write laws—only Congress is. This is another major victory in our fight to restore the separation of powers.” His statement led one of the largest anti-immigrant groups to call for Ryan to file a lawsuit to block renewals of work permits under the president’s 2012 DACA program.

John Feere of the Center for Immigration Studies, a hardline organization allied with the racist Federation for American Immigration Reform, accused Ryan of hypocrisy for opposing the president’s 2014 executive action, but not Obama’s 2012 DACA program in an article in The Hill.  Feere is also critical of Ryan’s pledge to file suit if a Muslim ban is imposed by a future president. Ryan said in mid-June: “I would sue any president that exceeds his or her powers” in immigration enforcement.

Feere writes that “Ryan clearly feels that Obama’s DAPA program and the extended version of DACA exceed the powers of the presidency and run afoul of the Constitution. Logically, he must feel the same way about the 2012 DACA amnesty. Is Speaker Ryan being honest about his willingness to sue any president who exceeds his authority?”

I have been seeing pressure building on conservative governors and Congressional Representatives from the anti-immigrant right to challenge the original DACA program in court and to seek the revocation of the more than 700,000 work permits currently in the hands of DREAMERS. While the Supreme Court was silent on the 2012 DACA program, we are likely to see new rounds of attacks on presidential actions on behalf of immigrants.