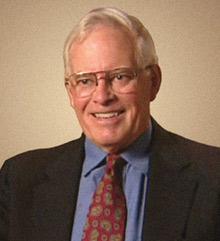 While Americans are well familiar with laws like Arizona’s SB 1070 and border militia groups like the Minuteman Project, the godfather of today’s anti-immigrant movement is relatively unknown outside of political circles and groups closely following the immigration debate.

John Tanton, a retired ophthalmologist from Northern Michigan, has closely advised some of the nation’s most well known anti-immigrant groups, like Numbers USA, the Federation for American Immigration Reform (FAIR), and the Center for Immigration Studies. Still, he maintains relative anonymity.

A recent story in The New York Times takes a comprehensive look at Tanton, who has been recognized by groups like the Southern Poverty Law Center as espousing white nationalist beliefs. In particular, the story focuses on the efforts to expose Tanton’s ties to extremism—ties so strong in some instances that even Tanton’s allies hesitate to deny the connection.

As for Tanton’s role in effecting the immigration debate, one former Reagan advisor quoted in the Times piece calls him, “the most influential unknown man in America.”

Here’s a blurb from the article:

While the whole movement grew more vehement as illegal immigration increased, Dr. Tanton seemed especially open to provocative allies and ideas. He set off a storm of protests two decades ago with a memorandum filled with dark warnings about the “Latin onslaught.” Word soon followed that FAIR was taking money from the Pioneer Fund, a foundation that promoted theories of the genetic superiority of whites.

Dr. Tanton, who remains on the FAIR board, denied charges of racial bias and donated his papers to the University of Michigan to show that he and colleagues “are not the unsavory types sometimes alleged.” They include hundreds of private letters, some outlining his interest in genetic differences between the races and concerns about the country’s changing ethnic mix.

Reeling from their recent defeats, supporters of immigrant rights are mining those files as part of a fierce — critics say unfair — campaign to label him a racist and discredit his broader cause. Some have gone as far as calling FAIR a “hate group.”

But accusations of bigotry could alienate moderates the immigrant rights groups need. Allies of Dr. Tanton say their accusers are discrediting themselves with a guilt-by-association campaign that twists his ideas and projects them onto groups where, they say, his influence long ago waned. Still, few of those allies are willing to defend all the views he expresses in his files.

Here are some of Tanton’s own words on immigration, nationalism, and race, via the Southern Poverty Law Center:

“I’ve come to the point of view that for European-American society and culture to persist requires a European-American majority, and a clear one at that.” – Dec. 10, 1993, letter to the late Garrett Hardin, a controversial ecology professor.

“I have no doubt that individual minority persons can assimilate to the culture necessary to run an advanced society but if through mass migration, the culture of the homeland is transplanted from Latin America to California, then my guess is we will see the same degree of success with governmental and social institutions that we have seen in Latin America.” – Jan. 26, 1996, letter to Roy Beck, executive director of NumbersUSA (and then an employee of Tanton’s foundation U.S. Inc.).

“Do we leave it to individuals to decide that they are the intelligent ones who should have more kids? And more troublesome, what about the less intelligent, who logically should have less? Who is going to break the bad news [to less intelligent individuals], and how will it be implemented?” – Sept. 18, 1996, letter to now-deceased California multimillionaire and eugenicist Robert K. Graham.