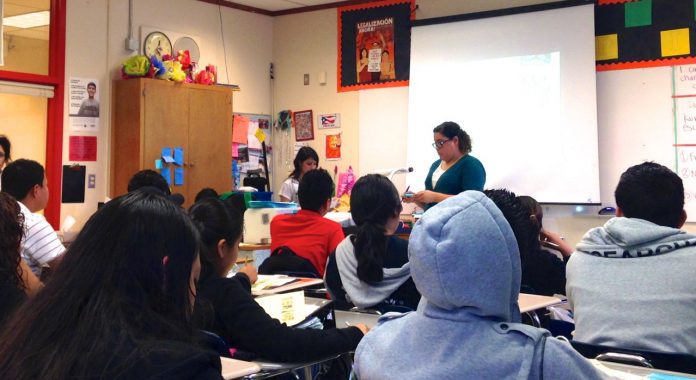 One of the many challenges that refugee children from Central America face when they arrive to the United States is access to public education. Even though they are legally entitled to enroll, a recent report from the Georgetown Law Human Rights Institute shows that schools have intentionally created obstacles in the enrollment process making it difficult for these students to enter the public school system.

On Long Island, we have seen issues of denying education to recently arrived children from Central America in the Hempstead and Westbury school districts. After an investigation by the New York State Attorney General’s office, the districts agreed to adopt new measures to ensure education access to students regardless of their immigration status.

The Departments of Justice and Education reminded school districts in 2014, when there was an increase of refugee children arriving from Central America, that they should not require students or their parents to provide a social security number.

Nonetheless, research has found that some schools have discouraged immigrant students from registering and have not translated information into other languages to help parents who don’t speak English. In Texas and North Carolina, we have seen students who have been forced to enroll in alternative schools with programs for children with learning disabilities or violent behavior.

All children in the United States are entitled to public elementary and secondary education regardless of their race, color, national origin, citizenship, immigration status, or the status of their parents/guardians. Schools that do not comply with this and block enrollment because of their immigration status are in violation of federal law.

Here are the acceptable enrollment polices:

Proof of residency in school district: Copies of phone, water bills, lease agreements or other documents that show where a student lives should be enough.

Social Security Numbers: Only if it is used as a student identification number. Not providing a Social Security number should not prevent students from enrolling.

Race or Ethnicity: School districts may request your child’s race or ethnicity as they have Federal and state obligations to report this information, but they may not bar children if they choose not to provide that information.