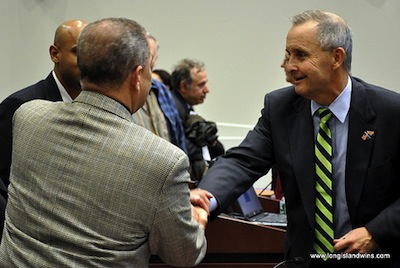 Most famously, the commissioner opposed a series of Immigration and Customs Enforcement raids in Nassau County that he considered poorly organized and reckless.

In December 2009, Mulvey spoke at a Long Island Wins forum on immigration and law enforcement.