Dozens of Long Islanders marched in Mineola today demanding that County Executive Ed Mangano keep his promise to implement language access. Mangano had promised two years ago to follow Suffolk’s lead in making county services accessible in six languages. So far, he has disappointed all expectations.

Jason Starr of the Nassau Civil Liberties Union told the marchers that they were assembled “to commemorate the second year of a bad anniversary,” the second full year without language access. Cheryl Keshner, of Empire Justice, said that since Mangano’s agreement to draft a language access policy, “we have met repeatedly with the County Executive’s office. All we have gotten is lies, lies and more lies.”

Keshner told the marchers that “county departments are discriminating against people every day in Nassau.” She warned that if Mangano did not act soon, language advocates would call for the United States Department of Justice to intervene. 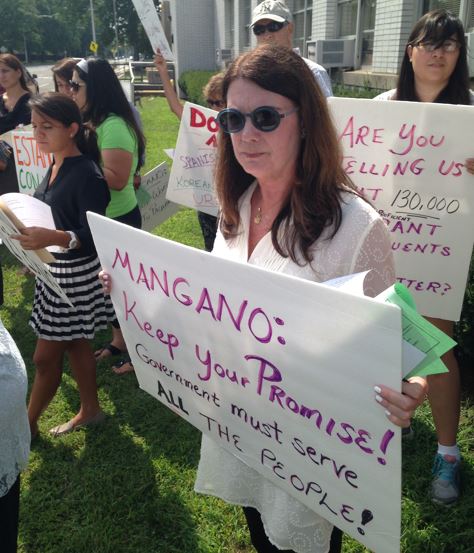