This is a critical time in the push for comprehensive immigration reform. House Democrats have put their own plan on the table to put pressure on House Republicans to act.

The immigration advocacy community is helping to push for reform with October 5’s National Day of Human Dignity and Respect for Immigrants. More than 150 marches and mobilizations in 40 states were planned across the country in support of comprehensive immigration reform and to call on Congress to act immediately.

In Brentwood, well over 200 community members gathered as part of the national day of action, joining tens of thousands more across the country. 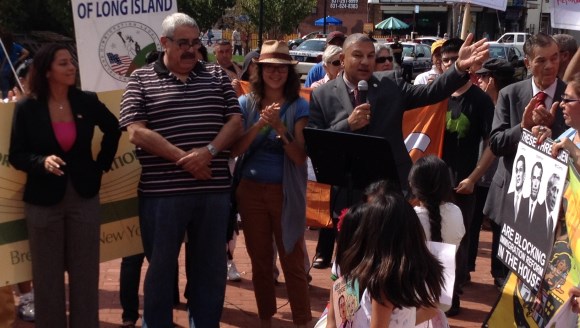 “Immigration is good for this country, at a time where we’re going through an economic crisis, 12 million undocumented people legalized would have more earning power, would pay more taxes, would help stimulate the economy of this country and would benefits all Americans,” said Assemblyman Phil Ramos. “I stand here united with the community in the fight for immigration reform.” 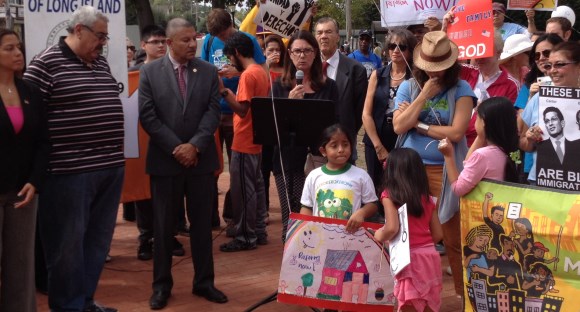 “Our country needs a permanent solution to our broken immigration system that keeps our families together, that protects workers from exploitation and grows our economy,” said Maryann Sinclair Slutsky, Executive Director of Long Island Wins. “We will not stop until we achieve it.”

Following the press conference, the crowd of more than 200 marched through the streets of Brentwood to express their support for immigration reform, to demand an end to the senseless deportations of more than 1,100 immigrants every day and to call on Congress to act quickly on the issue.

With House Democrats moving forward on immigration by introducing their own version of the immigration reform bill and with Republicans continuing discussions as well, it is clear that this issue remains a top priority for Congress, despite all of the other issues going on.

This is a critical time for the immigration reform movement. Be sure to continue reaching out to your local Representatives to let them know how important this issue is and to show your support at local rallies and events. 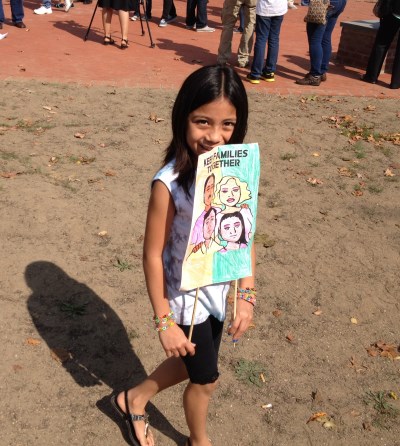