“Sieg Heil” was screamed at Long Islanders rallying for respect for the human rights of refugee children detained in cages at the Southern border. The rally today in Huntington drew as many as two hundred people at the intersection of Route 110 and Jericho Tpke. While hundreds of passing motorists honked support for the protest, one invoked the Nazis in support of Trump’s violation of United States and International Law. Two other motorists gave the rally participants the finger while shouting out “Make America Great Again.” The Nazi salute was apparently shouted at Jewish groups carrying signs saying “Never Again.”

Sharon Golden, the rally organizer whose speech was interrupted by one of the hecklers, said, “This is what someone who says ‘Make America Great Again’ means: putting people in cages.”

Dr. Eve Krief also spoke, saying, “I am a pediatrician. This is our eighth rally in the last year, still asking that children not be torn from their relatives, still asking for humanity for children and families and children at the Border. There are 13,000 children in detention centers across the country in prison-like conditions.” She added, “we cannot allow these atrocities to go on in our country. We will rally until these children are protected and cared for.”

I was grateful to also be asked to speak today. I warned the audience not to think of the cages as solely the responsibility of Donald Trump. “These are paid for with our tax dollars appropriated by four Long Island Congressional Representatives. They too must be accountable.”

Even if you could not go to today’s rally, you can carry its spirit forward. Please call Tom Suozzi and Kathleen Rice and tell them there should be no increases in funding for ICE and the Border Patrol and that Congress must impose basic human rights protections for detainees in any Appropriations Bill.

Please ask your friends to call the Long Islanders in Congress as well. 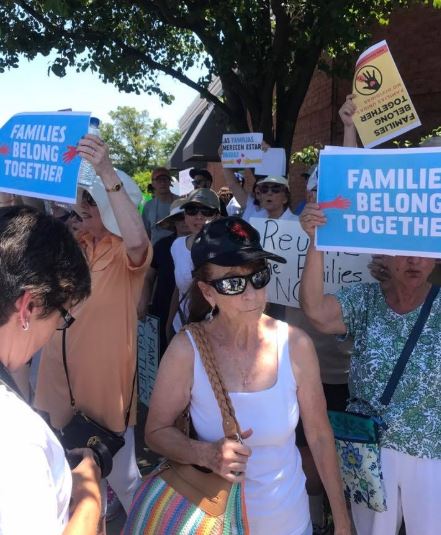 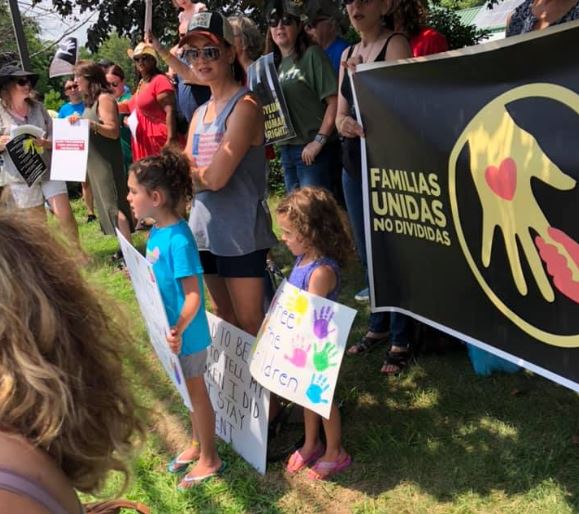 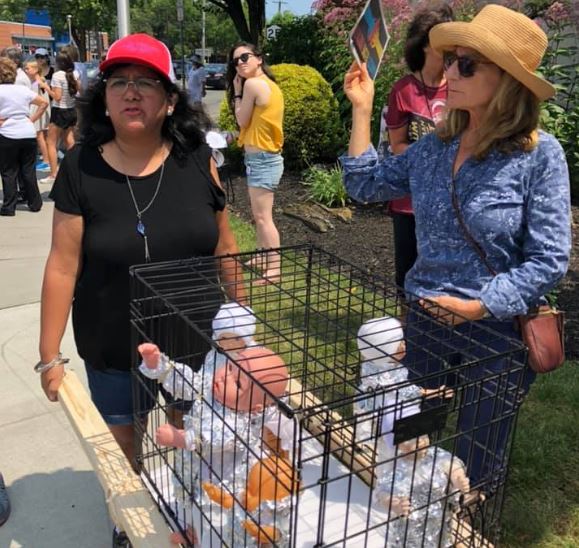 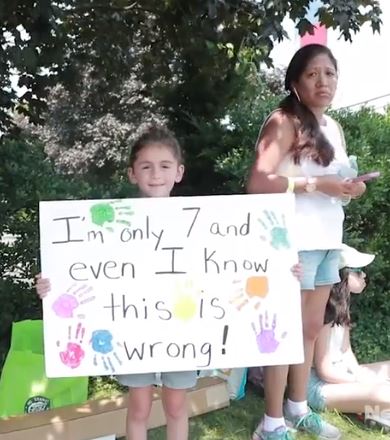