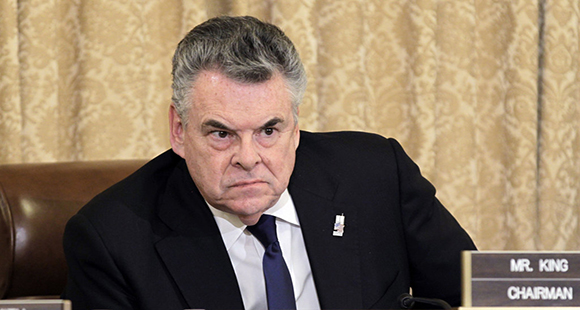 Congressman Peter King got media attention last week when he told Fox News that the influx of Central American child refugees was creating a crime problem on Long Island.

“I know here in Long Island, talking to the police, that the numbers of MS-13 gang incidents have risen dramatically because of the number of these kids coming in,” King told “Fox News Sunday.” He told Newsday that Long Islanders faced an onslaught of machete-wielding immigrants. He said that Central American children keep the “exotic weapons…down their back, so they can pull the machete right out in a manner of seconds.”

Neither the Nassau nor the Suffolk police departments would back up King’s statements when called for comment.

If Peter King were right, we would expect to see a spike in violence on Long Island. In fact, there were a total of 48 homicides in 2015, about the same as the 47 recorded last year. The 48 killings are below the five year average for homicides in the two counties.

Overall violent crime on Long Island fell significantly in 2015. It was down 5% in Nassau and 6% in Suffolk from last year. Long Island is no less safe than it was a year ago, and it is somewhat safer than it was five years ago.

Apart from the facts, which are clearly against Peter King, there is the lack of justice in identifying children with criminal activity.

While any group of people can include a few bad apples, we need to remember that the refugee children are the kids who said “No” to the gangs. In doing so, they put their lives in danger. If we want young Salvadorans, Guatemalans, and Hondurans to refuse to join the gangs in their homelands we cannot then turn our backs on them when they are persecuted for taking a stand.

Given the current tone of the presidential primaries, it is not surprising that some conservative elected officials will offer red meat to their base. Picking on defenseless children, though, is one of the baser tactics.