Residents of Long Island helped kick off a statewide and nationwide bus tour that will culminate in a trip to Washington, D.C. Members of the community shared stories of how families here on Long Island have been torn apart, separated for years because of our broken immigration system. Joining them today were Assemblyman Philip Ramos and Suffolk County Legislator Ricardo Montano, who came out in support of commonsense immigration reform that works for everyone. 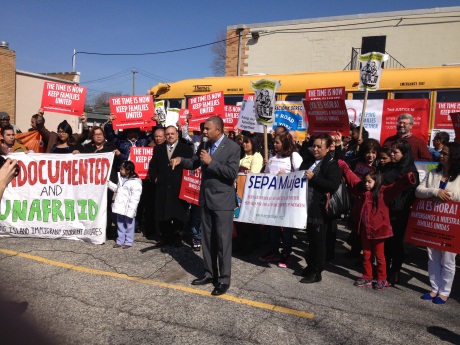 “It’s time that we go by the true principals of this country of equality, of fairness, of justice, and do the right thing for this country by bringing in 12 million people with new earning power that will revitalized our economy, and improve our quality of life,” said Assemblyman Philip Ramos, representing the 6th District of the New York State Assembly, which includes portions of Brentwood. 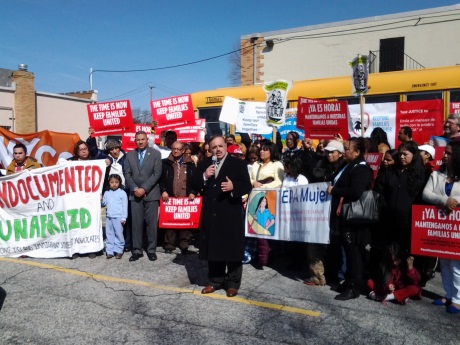 Organizations including New York Communities for Change, Make the Road New York, Long Island Civic Engagement Table, as well as Long Island Wins have been at the forefront of pushing for real reform, not only here on Long Island, but across the nation. To be joined by Long Island elected officials in the cause is a testament to the fact that the people of Long Island want real comprehensive immigration reform.