Every ten years, federal and state governments undertake redistricting, a process in which new political maps are drawn to reflect changes in the population. Even to politically savvy people, this process can often seem hopelessly complex and difficult to understand. But these maps are incredibly important, because they can divide our communities and make it harder for us to speak with one voice.

For many years, political maps around this country have been drawn by elected politicians who want to make sure that they, and their parties, remain in power. All too often, Latino, immigrant, and African-American communities have been the victims, finding their communities split into different districts that make it easier for politicians to ignore them.

Last week, New York’s Legislative Task Force on Demographic Research and Reapportionment (LATFOR) issued proposed new maps that appear to promise more of the same. In Suffolk County, for example, while Latinos account for virtually all of the population growth in the last ten years, the new proposed maps do not give any additional weight to these communities. So the prospects of electing more state officials who are sensitive to the needs of the Latino community remain bleak. 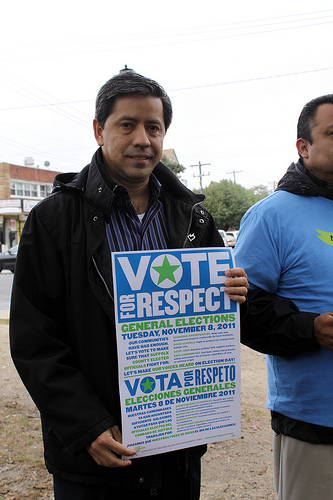 We cannot sit idly by while this process unfolds. Instead, we must educate ourselves so that we are prepared to take action to demand maps that reflect the growing Latino population and grant us the political power warranted by these increased numbers.

My organization, the Long Island Immigrant Alliance, is joining forces with many other community organizations by inviting community members to a forum on redistricting on February 6th in Brentwood (1090 Suffolk Avenue, former address of the Salvadoran Consulate), which is being organized by the Long Island Civic Engagement Table, Noticia, and Long Island Wins. This will be an unprecedented opportunity to learn about re-districting and how we, as a community, can respond to the proposals that are currently on the table.

If we don’t get involved, we may find our communities even more politically disadvantaged than they are already. I urge you to come to the forum on February 6, so that we can educate ourselves and discuss how we, as a community, can demand that our votes have the weight that we deserve.