There has been a lot of talk about the positive impact that comprehensive immigration reform would have on the estimated 11 million undocumented immigrants in the United States. We have an opportunity to fix a broken immigration system that has torn apart families for too many years.

Also important in the discussion is the potential economic impact immigration reform would have on our nation. Long Island business leaders along with U.S. Congressman Tim Bishop met on Monday to discuss these effects in a panel discussion, entitled “The Economic Benefits of Immigration Reform,” hosted by the Long Island Civic Engagement Table, Noticia and Long Island Wins. The discussion was held at the Congregational Church of Patchogue. 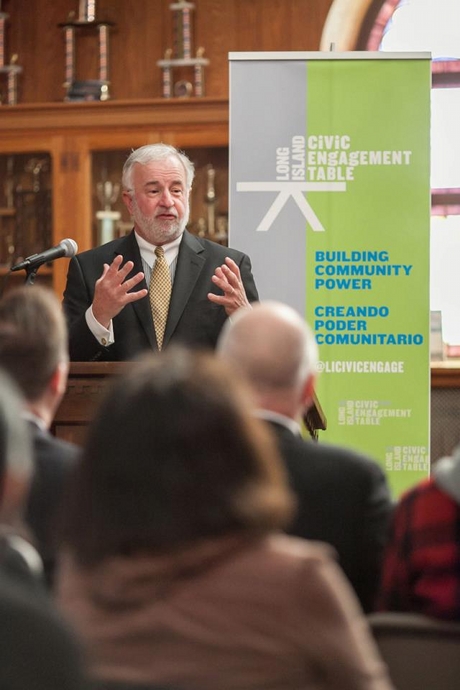 “We’re going to lift people from out of the shadows, we’re going to let them live productive lives in many, many different ways, and I think we’re close,” said Tim Bishop, U.S. Representative for New York’s 1st Congressional District at today’s forum.

One thing that cannot be denied, and is supported by the numbers, is the fact that immigrants are some 30% more likely to start a new business compared to local-born individuals, according to Otoniel Figueroa Duran of Local 32BJ SEIU, a building services labor union, representing over 50,000 workers. The backbone of local and nationwide economic development is largely predicated on the growth of new businesses. 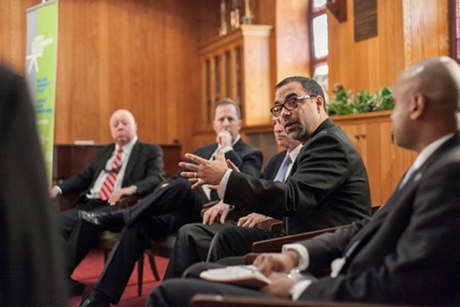 Long Island in particular would greatly benefit from immigration reform, as it would bring much needed additional labor to the region.

“Labor is getting more and more scarce on Long Island,” said Joe Gergella, executive director of the Long Island Farm Bureau. “A lot of workers have left Long Island for other places. Whether it’s labor for construction, agriculture or hospitality, it’s all dried up.” 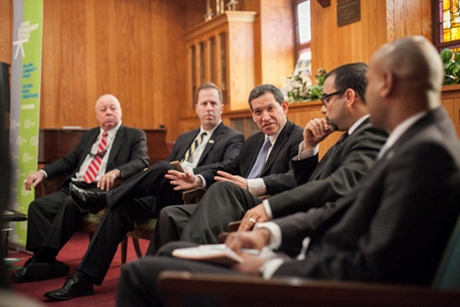 As the forum discussion was held in Patchogue, the site of the 2008 murder of Marcelo Lucero, the topic of tolerance for others came up among the panelists.

“We should not accept any type of intolerance,” said Kevin Law, president and CEO of the Long Island Association. “We need to be tolerant as a region and as a community, not just because it’s the right thing to do as human beings, but also because for the image of the region as well. You never want to be known as a region that is intolerant and doesn’t celebrate diversity, that’s not good from an economic perspective either.”