Last week I got a chance to talk with Amol Sinha. He is being honored by CARECEN on November 15 and I wanted to find out how this young attorney had been drawn to his work protecting immigrant rights.

Amol Sinha’s parents immigrated from India during the 1970s. They came for an education and for the economic opportunity promised by the United States. Amol’s father earned his Ph.D. at the University of North Carolina and went on to a career as a statistician in the medical field. His mother was the center of his family, and was always Amol’s closest confidant.

The Sinhas lived in various parts of the South and in central New Jersey. “I was one of the few South Asians at my schools when I was growing up,” he recalls, and “I was made fun of.” It was not only the other students who were at fault, he says, “even my teachers assumed that I wasn’t a citizen even though I was born here, and that I didn’t speak English. Amol’s mother helped him express his emotions at being considered an outsider. From the examination of his own experiences, Amol says, “growing up I was attracted to fairness and to correcting injustice.”

As a college student he took a course on the First Amendment that left a lasting impression on him. When he finished law school, he took a job with the Suffolk Civil Liberties Union because, he says, “what government does in Suffolk goes largely unchecked.” He wanted to work in an area where civil liberties were being contested, where he would not feel comfortable. “For more than a decade Suffolk has had extremes of violence culminating in the death of Marcelo Lucero,” he says. Immigrants’ rights were threatened here, and this is where he came.

Amol came to Suffolk in the middle of the post-Lucero struggle for justice. He quickly became a force not only for combating hate crimes but also for exposing the county’s role in rounding up and deporting immigrants under the Secure Communities program. The Suffolk Civil Liberties Union has a legacy of working with CARECEN and the Long Island Immigrant Alliance and Amol has continued that history.

In addition to his achievements in working for the rights of Suffolk’s immigrants, Amol says that it has been extremely rewarding to collaborate with the immigrant and civil rights community here. “I was impressed by how welcoming everyone was towards a newcomer,” he says.

Amol’s expertise and his dedication have helped to make Long Island a safer place for immigrants and a less comfortable place for government officials who would discriminate against them. 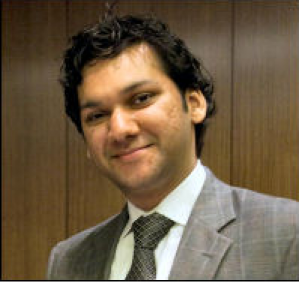