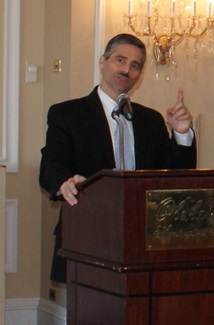 That period of dormancy is over.

Levy intends to reintroduce a bill that would require county contractors to check the immigration status of all new employees, Newsday reports. Presumably, the bill would require the county to adopt the federal E-Verify program, which has been criticized by civil rights groups for wrongfully denying employment to legitimate job applicants.

“I’ve always said the answer was to go after the employer” of undocumented immigrants, Levy said. “They can never say they got a forged Social Security card if they’re required to cross reference that with a federal database.”

He’d like to go further, Levy said, but federal law prevents him from requiring employers to crosscheck the immigration status of all employees.

Levy said he may not be able to meet a legislative deadline in time to introduce his measure Tuesday. In that case, he said he would introduce it at the next legislative meeting two weeks from Tuesday.