The two of us—me, the daughter of Ecuadorian immigrant and him, grandson of Irish and Polish immigrants—brought two worlds together in one home, and continue exploring and living out our life as a modern day couple. Reggaeton-meets-heavy metal; ceviche-meets-corned beef; fútbol-meets-drag racing; novelas-meet-reality shows…and boy can we go on! A new world and representation of how times have changed…or have they?

Living in Suffolk County has opened my eyes to the fact that New York City, and the attitudes that go with it, are only a small part of New York State, let alone our entire nation. And suburbia most certainly consists of a different culture. Reading, listening and watching local media sources and people’s ways of interacting in Suffolk has opened my eyes to a silent ignorance that seems to be resonating throughout suburban communities.

I’ve seen stereotypes and misinterpretation of different cultures, and how that has led to a clear division within this county. While I have had the pleasure of meeting very open-minded individuals who are simply curious as to who I am, I have also have met individuals who have shown a non-welcoming attitude or uncomfortable mannerisms once this elephant comes into the room (Yes, I shall refer myself as the elephant). 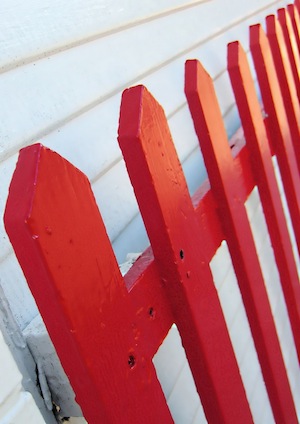 While this can be irritating, I choose to channel it through an educational filter…and how do I do this? By turning ignorant comments into a teachable moments. An example:

I had the pleasure of being able to teach at Suffolk County Community College this spring. During the semester, I had my students watch a documentary on immigration and write a reaction paper. Most reactions were positive, and for many students, the film eliminated misconceptions they might have had toward the issue. However, one student’s paper tested my tolerance to the ongoing discrimination on Long Island:

“I like my community to remain as white as possible,” it read. “We are the United States of America and we are filled with Americans and that’s the way it should stay.”

I was taken aback. How can someone consciously express themselves as if we were living in a pre-civil rights era? Reeling from the paper, I decided to outline an open discussion amongst my students. Before the discussion, I addressed immigration and its significance within our country, with a focus on Long Island. I also addressed my background, to illustrate that stereotypes are a result of fear of the unknown. We touched upon the importance of the Latino community on a socio-economic level.

While I had many questions from all my students, the student who had incited me to lead this discussion only expressed silence. I am not sure if I managed to reach her, but I was happy to see that I managed to reach others. My Latino students were excited to hear positive rather than negative information about our community. And although it was only a discussion among 34 students, I was satisfied this small group would walk out of class with a better understanding of our diverse communities, and more awareness about the danger of stereotypes.

As you can see, at the beginning of the semester many students had misconceptions about the Latino community, but as the semester progressed these same students showed me that all individuals need is to be educated. And I don’t mean this in a higher education sort of way, because realistically, we cannot send all of suburbia back to school. But government can certainly help.

Instead of having our local elected officials portray immigrant communities in a negative light—such as Suffolk County Executive Steve Levy using the derogatory term “anchor baby” to reference immigrant children—educational commissions should be formed instead. These entities should educate residents about why we shouldn’t use stereotypes and provide cultural insight related to our communities. Insights into the range of entrepreneurs, public servants, artists, musicians, and restaurateurs that make up our communities…a diverse culture within a culture.

Until this idea dawns upon local government, we’ll all need to continue eliminating stereotypes on an individual level. Hopefully government will catch up.

Sarbelia Benedict has worked as an adjunct instructor at Suffolk Community College and lives in Babylon. She attained her master’s degree in Urban Policy & Administration from Brooklyn College while interning at Domestic Workers United.

A version of this post first appeared on Latina in Suburbia.