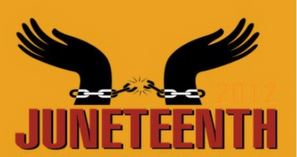 White Americans are often unaware that some of the largest celebrations of an historic event in this country are the annual Juneteenth Celebrations. Juneteenth parties, picnics, and parades abound every June 19th, but some white folks tell me that they have never heard of this holiday. Most Latinos I know are at least vaguely aware of it, because in our semi—segregated society whites are much less likely to live near blacks than are Latinos, and Juneteenth is remembered most in the African American community.

The holiday recalls June 19, 1865, when the Union commander in newly occupied Texas called together blacks in Galveston, Texas, to inform them that they were free. General Gordon Granger read the following General Order:

The people of Texas are informed that, in accordance with a proclamation from the Executive of the United States, all slaves are free. This involves an absolute equality of personal rights and rights of property between former masters and slaves…

The proclamation did not make the slaves free, they had been legally freed by President Lincoln more than two years earlier in the Emancipation Proclamation. But, white Southerners concealed the change of status from blacks and continued to use them as slaves up until the moment Federal troops arrived on the scene.

The very next year, the African American community organized the first Juneteenth celebration of freedom. Today, this holiday is observed in many black communities around the U.S. Increasingly, Juneteenth has become a multicultural event linking the Civil War Emancipation to modern struggles for equality for people of color and other discriminated against minorities. This Friday is the 150th Anniversary of the first Juneteenth. Join in a community celebration of freedom and contact your elected official to demand that the Federal government protect the voting rights of people of color, including new immigrant citizens. 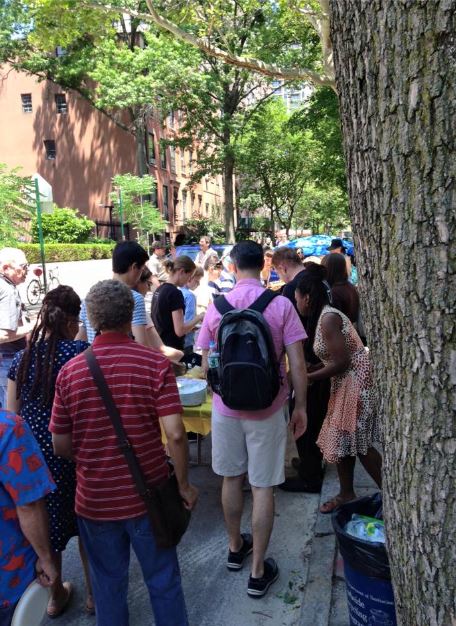