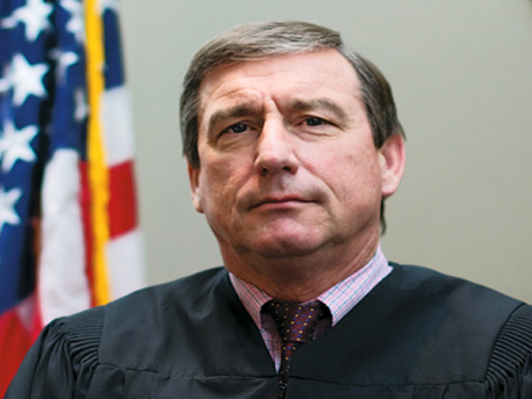 Judge Andrew Hanen, the judge who blocked President Obama’s executive action for immigrants, attacked the Justice Department lawyers who are representing the Obama administration in his court this week. Hanen is one of the most political judges on the Federal bench, and one of the most hostile to immigrants.

Hanen has repeatedly made the claim that the Justice Department lawyers working on the case of Texas v. United States somehow hid from him the fact that one small part of the executive order had gone forward. This part was the extension of the time work authorizations for young people who had applied for Deferred Action for Childhood Arrivals (DACA) were good for.

DREAMers who had applied for DACA under the president’s 2012 executive action, which was not under attack in this lawsuit, had been initially issued work authorizations that were valid for two years. In November 2014, President Obama changed that to allow those renewing their work permits to receive three years of employment authorization instead of two. Although Judge Hanen claims that he never knew about this change and that it was withheld from attorneys for the State of Texas, who brought the lawsuit, this was hardly a secret program. In fact, it was widely disseminated in the media and information about it appeared on the web site of the Department of Homeland Security’s Citizenship and Immigration Service (USCIS).

Judge Hanen, a conservative who was appointed by George Bush, has behaved more like a politician than like a Federal judge throughout these proceedings. His ranting this week has been true to form.

Equally outrageous, even though the issuance of the three-year work permits has been ended and those that were issued have been recalled, the judge is now demanding that the names and personal information of the DACA recipients who were issued the cards be turned over to him.

“This is a disgusting, outrageous, and gross abuse of judicial power,” said immigrant advocate Lynn Tramonte of America’s Voice.  “We always knew Judge Hanen was the favored judge of the anti-immigrant movement, and his rulings on the case were based on ideology, not the law.  Today’s antics are all the more reason that the Supreme Court needs to stand up against his thinly-veiled, ideological agenda and apply the actual law.”

The fact that Hanen decided to issue his order on the anniversary of the date that the DAPA executive action program was set to begin illustrates the politicization of this trial by the judge who is hearing it.