Long Island Wins is pleased to introduce Ana Llácer, the recipient of our spring 2012 reporting fellowship, which will focus on LGBT immigration issues.

Ana—a bilingual, multimedia journalist originally from Valencia, Spain—has worked as a freelance reporter for Long Island Wins in recent months, and also reports for one of our partner publications, the Spanish-language weekly Noticia.

In the coming months, Ana will produce a series of video feature stories focusing on LGBT immigrants on Long Island, examining the impact of policies like the Defense of Marriage Act. Through her reporting, we hope to tell some of the stories that are passed over by the mainstream media. 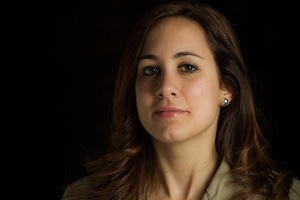 Ana Llácer is a freelance reporter for Noticia and El Diario/La Prensa covering the Latino community and immigration issues. In May 2011, she graduated from Stony Brook University with a bachelor’s degree in broadcast journalism. She is originally from Valencia, Spain.