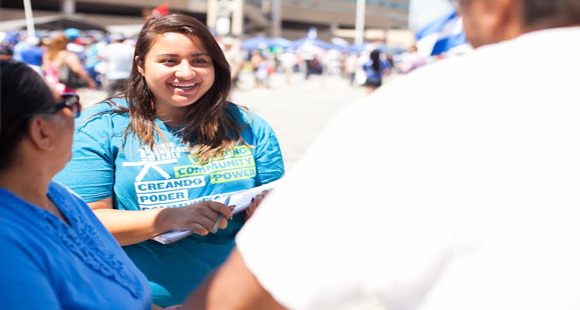 As we get close to local general elections on Tuesday, November 3, immigrant community members on Long Island are beginning to realize the importance of voting and the benefits that this could bring to their neighborhoods.

There is a lot of frustration in immigrant communities when people do not see changes with today’s local laws. This is because they are not being part of the election process and therefore their needs will not be considered, according to Walter Barrientos, coordinator for Make the Road New York, MRNY, in an interview with Long Island Wins.

“The power to vote is a critical part of our society because it not only empowers the people and the communities but it also helps the community further in their mission,” Barrientos said. “Since the Hispanic Community has increasingly grown on Long Island in the past decades, the voting process will definitely affect us in one way or another,” he said.

A positive effect associated with voting can be reflected from political to social to economic gain, as well as physiological changes, according to Barrientos. “A vote can have an impact in an election.”

Community organizations such as the Long Island Civic Engagement Table, LICET, organize campaigns during election season to encourage the immigrant community to get involved and stay informed.

Every summer, LICET members go out to immigrant and African American neighborhoods to register new voters. With volunteers from other organizations, they were able to register more than 2,000 new voters from communities such as Brentwood, Patchogue, Central Islip, Hempstead, Valley Stream, Freeport and Roosevelt.

“The problem on Long Island is most of the voters are from white communities. The elected representatives do not worry about minorities and immigrants. Our goal is to promote the importance of voting in those communities which are not politically represented,” said Alejandra Sorto, organizer for LICET.

Other organizations on Long Island are involved in campaigns, to knock on doors in immigrant communities to incentivize them to go out and vote and educate them about why voting is important, which will last until the day before the elections. 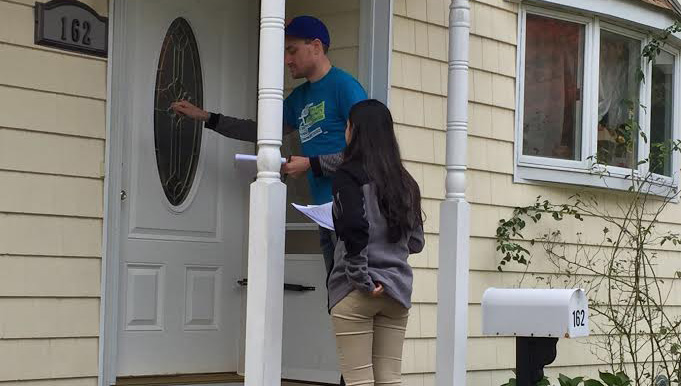 “Our goal is to provide education to new voters and explain to them how important it is for them to participate in elections, and how their vote can make a difference,” Sorto said.

They have been able to knock on 11,000 homes so far and will continue talking to people until November 2. They will also provide transportation to take people to voting sites on Election Day.

There has been a change in people and there is a different energy, especially in the youth who now want to go out and vote, according to Sorto.

Public forums are a convenient way for immigrants to be better informed about topics that impact their community, according to Barrientos.

Precisely, at a Suffolk County Executive Candidates forum last week in Brentwood, hosted and organized by Long Island Wins, LICET and Noticia, community members told us they understand their right to vote.

“The immigrant voter has the power to agree or disagree with candidates proposals . . . The more Hispanics vote the faster the results for the community,” said Teresa Farfan, from for Make the Road New York.

Rosa, a member from New York Communities for Change, NYCC, said “It is essential to be informed of what candidates are doing, how they are going to spend the money, and how their proposals benefit us.”

Paul, a community member who attended the forum, said “in order to transform laws for the welfare of all, the whole Hispanic community has to get out and vote so our needs can be heard and take into account.”