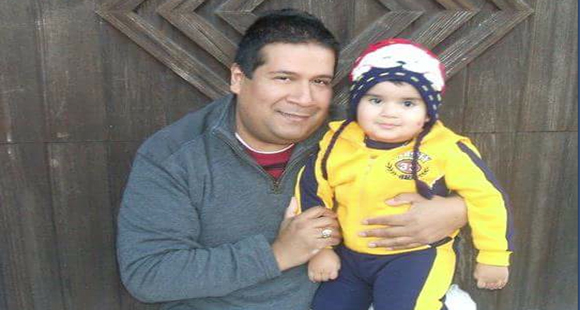 An immigrant family on Long Island is living their worst nightmare. Julio Cesar Acosta, 50, a father of three children, including a newborn, was arrested by ICE in January as he was leaving his home in Baldwin to go to work.

It was on an early Friday the morning around 5:45 a.m. that Julio had gone to his car and was about to leave when the ICE officers arrived at his home and parked behind him. They told him to get out of the car, arrested him and took him in for custody.

Daysi, Julio’s wife, who was pregnant at that time with their third child was getting ready to start the day without knowing what had just happened. All of sudden she heard loud knocking at the door and a voice asking, “Is someone home?” Daysi immediately knew it was ICE. The agents left minutes later.

Julio has authorization to work in the U.S., a driver’s license and a social security number, which he obtained after gaining asylum. However, a criminal conviction from 2004 for driving under the influence (DUI) could have been the reason why Julio was a priority for ICE, according to Antonia House, immigration attorney for Make the Road New York (MRNY), the organization that is now helping the family.

Julio came from El Salvador fleeing the civil war that was affecting his homeland and crossed the border into the U.S. in 1986. Two years later he was issued an order of removal for missing a Court date when he was living in California.

“What we’ve seen is the same thing that ICE has been doing for a long time, which is going after people who have criminal convictions and Julio had some old criminal conviction,” House said. “Our understanding is that the old conviction from more than ten years ago is what triggered the arrest by ICE.”

House said they have submitted a stay of removal in order to stop Julio’s deportation. “We also submitted a Freedom of Information Act request to understand exactly what happened, what were the charges against him, if there is any basis to reopen his previous deportation case,” she said. 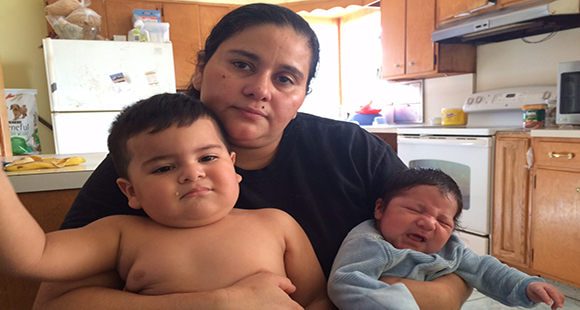 Meanwhile, Daysi, 33, Julio’s wife became frantic. The day Julio was arrested, even though she was not yet due, the trauma of her husband being torn from the family caused her to go into labor and give birth prematurely to a boy, Christopher, now four weeks old.

She is also concerned about her husband’s health; he suffers from diabetes. With no job, no family to support her, caring for her newborn and taking care of their other two children, Daysi spends her days wondering where she will get money to feed her kids and pay the rent. There are days that she has no other choice, but to cry.

“I need him a lot. What am I going to do with these children? How am I going to work? I would only work to pay someone who takes care of my children because undocumented people get paid very little,” said Daysi fighting back tears.

Meanwhile, MRNY is collecting signatures that they will present to immigration authorities to try to avoid Julio’s deportation. You can add your name HERE.