On March 16th, the new executive order, often referred to as the Muslim Ban 2.0, goes into effect. It halts refugee resettlement and bars entry to visitors from six Muslim-majority countries: Iran, Libya, Somalia, Sudan, Syria, and Yemen. The following chart from Muslim Advocates explains how nationals of these countries will be affected: 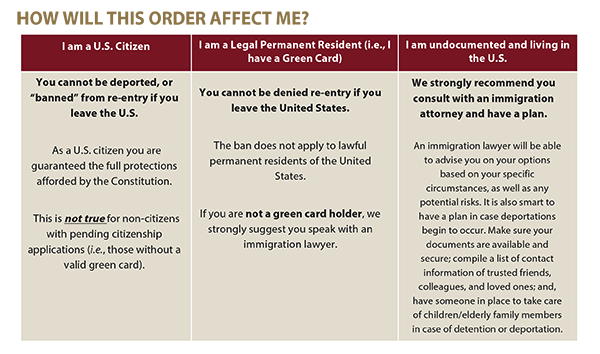 It is also important to note: