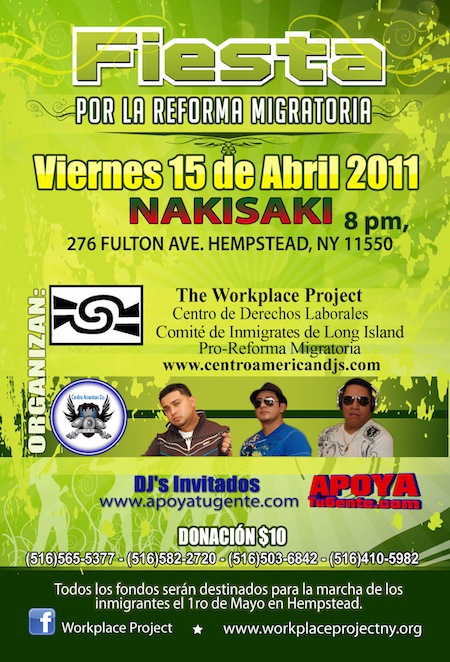 Head to a Hempstead nightclub tonight and you can simultaneously support an upcoming immigration reform march organized by The Workplace Project.

Proceeds from tonight’s dance party will go toward a Hempstead march in favor of immigration reform that will take place in conjunction with International Workers’ Day on Sunday, May 1. The day recognizes worker rights and is officially celebrated in many countries, but not in the US (efforts to move Labor Day to May 1 have thus far not been successful). Since 1996, The Workplace Project has used May 1 to call attention to immigrant rights.

For those who can read Spanish, Omar Henríquez gives some nice background on International Workers’ Day and The Workplace Project in La Tribuna Hispana. 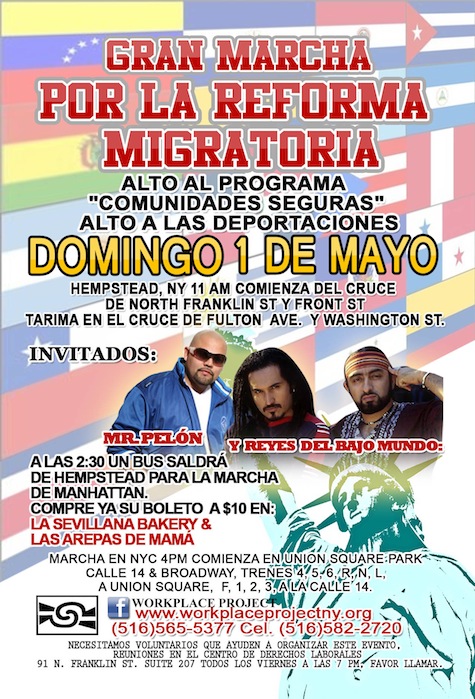