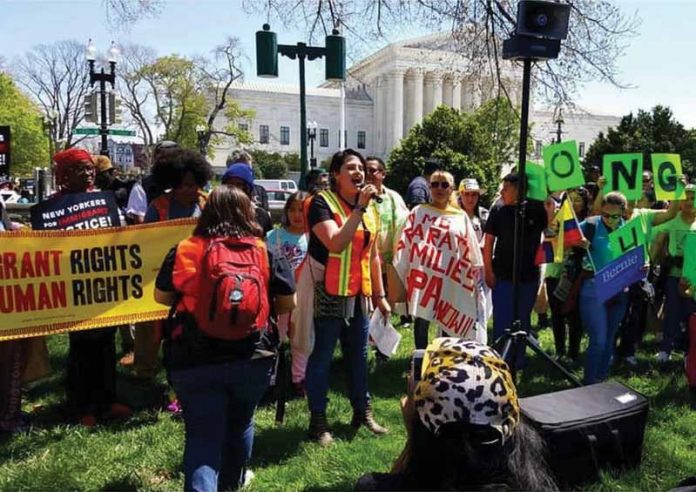 Francis Madi migrated to the U.S. in 2003 with her mother and brother from Venezuela, escaping difficult political and economic hardships in her country. They hoped to apply for political asylum, but were told by lawyers here that they wouldn’t have enough proof to sustain the claim. That early experience would set the stage for Madi’s work later on as an activist.

Back in Venezuela, where both of her parents worked for newspapers that were critical of the government, Madi said that schools would close periodically due to fighting between opposition and government forces.

Madi first arrived in Astoria and attended Newcomers High School in Long Island City before moving to Hempstead. She was more fortunate than most undocumented immigrants in that just two weeks after she graduated from Queens College in 2012, she applied for and was ultimately granted Deferred Action for Childhood Arrivals (DACA). This special program created by President Obama for undocumented youth who arrived in the U.S. and who qualified would be granted temporary relief from deportation and the ability to work legally in the U.S. 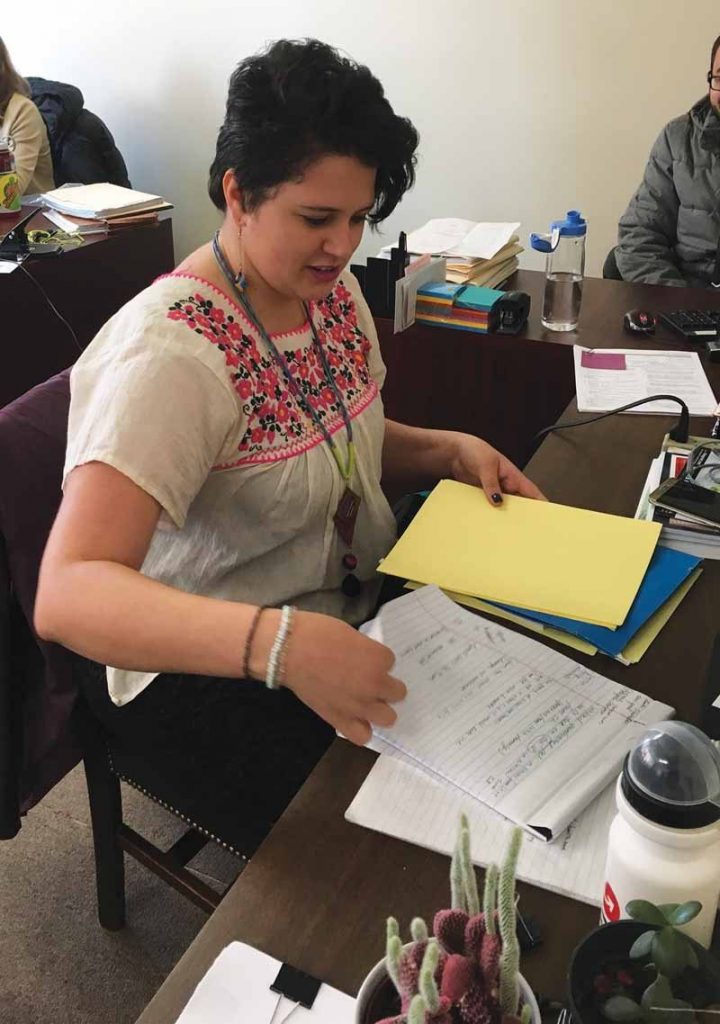 After receiving DACA, Madi began her immigration activism work first with the Arab American Association of New York in Brooklyn, due to her Lebanese ancestry. She also worked for La Fuente in Hempstead as an organizer and finally landed a position at the New York Immigration Coalition as a senior regional outreach associate.

Recently, Madi heard about an ongoing project in Dilley, TX, that resonated with her own personal story. The CARA pro-bono project helps immigrants who are struggling with asylum, detention and deportation policies. There, Madi helped women and children prove they have a “creditable fear of going back to their countries,” in order to establish a claim for political asylum.

She said that many immigrants are being held at Texas detention centers in Dilley and in Karnes City so long that they aren’t able to begin the asylum-seeking process, leaving them vulnerable to deportation proceedings. Immigrants are only granted one year from the date they enter the country to seek asylum.

Madi noted that many of the women she interviewed at the centers had traumatic stories of violence, gangs and extortion in their homelands.

“For me the most traumatic story that I heard was from this mother who was a business owner. All of a sudden, the gangs started coming up to her and asking her first for food and then for money, and eventually they started raising the amount of money they would ask her for and she really couldn’t afford it. She started to explain that she couldn’t afford it anymore, so one time the boss of the gang came up to her and told her that if she didn’t pay up in three days $2,000, that they were going to kill all her family,” recalled Madi.

In fact, Madi’s own father, who still lives in Venezuela and has a tourist company, has also crossed paths with extortionists. “I am always afraid that these men will try and hurt or kill my dad if he doesn’t comply,” she admitted.

Reflecting back on her own story, Madi recalled that during high school she had some very progressive teachers who made her read and get involved in the immigration movement.

“I never thought that I would make a living out of this [doing immigration work], I thought I was doing advocacy…and now it just became my work.”

When asked about her future, Madi said she wasn’t quite sure, although she admits to being very interested in federal policy, especially in regards to detention centers.

“I would like to be able to make my work more intersectional, to bring issues that affect black immigrants with the Black Lives Matter movement, the LGBTQ movement, who many of them also go through detention centers and are sometimes deported back, and connect all these issues with the immigration framework,” she said.

Thinking as an artist, she added, “I really want to write a play about immigration but from the point of view of these refugees, of an undocumented immigrant of all of these different immigrants that we have in this country, because I think that sometimes it helps to start a conversation.”

And, like other immigrants, Madi said she often hears dubious claims that cast immigrants in an unfavorable light.

“The one that I keep hearing all the time is that immigrants don’t pay taxes and are here to take Americans’ jobs,” said Madi. It really bothers her because it’s an argument that is used to divide public opinion and is not based on facts.

Madi added she always likes to remind people about the immigrant’s perspective:

“People look up to the U.S.; people see America as a land of hope and freedom, regardless of all the issues that we go through, and that makes people want to come here even though they have to face all this hate from some citizens. So that’s something we also need to remind people all the time.”